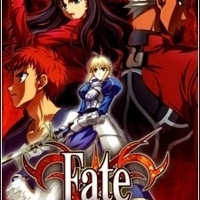 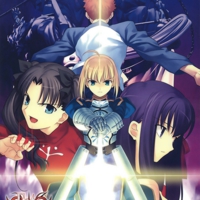 When he was young Shirou had lost his parents in a large and unexplained fire. He was rescued and later adopted by a man named Kiritsugu Emiya who had revealed to Shirou that he was a magus, a person capable of using spells and magic. Through their conversation, Shirou learns of his foster father’s failed life ambition to become a “Hero of Justice” a guardian of mankind who could protect the weak and innocent. Touched by Kiritsugu’s conviction, Shirou affirms to his foster father that he intends to devote his life to achieving that distant ideal.To do this, Shirou pleads with a begrudging Kiritsugu to teach him magecraft but Shirou proves to be talentless in almost all the fundamental magecraft disciplines.

One day however, he witnesses a conflict between two unbelievably powerful beings and inadvertently summons one of his own in order to protect himself. He then finds out that this conflict, known as the ‘Holy Grail War’, involves a series of battles among seven powerful magi. Magi who can summon “Servants”, Heroic Spirits from throughout time, to fight for the possession of a relic that will grant one’s wishes, the Holy Grail.

This story revolves around Shirou and his entanglement in the Holy Grail War along with his own personal battle to uphold his ideal.