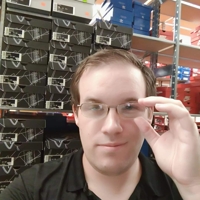 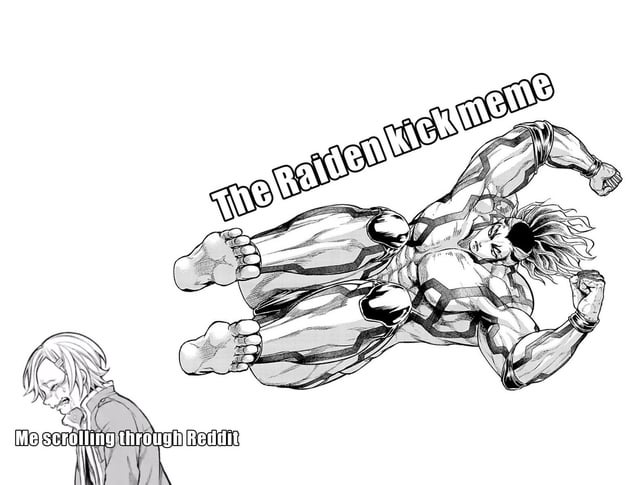 You caught up on RoR Manga?

Jake @jacobl89 Yes. I am legit like "didn't see that coming". Freaking awesome.

Everyone remember Goku vs Superman by death battle and how bias it was?
I think the comic book industry crashing while manga is at an all time high is the best revenge Goku can have.
Also Goku would totally win back in the Frieza saga. No need for super Saiyan 2 or anything beyond that.

In all seriousness when just one manga series can outsell the ENTIRE comic book industry it just reminds me of the phrase "Get woke, go broke." Wokeness is a cancer. I am glad to see an entire industry that got overrun by these parasites finally go broke.

You can see a direct connection between comics going broke and going woke. It's beautiful. I wonder if another company will buy up the failed comic book industry and reboot them properly?

Also "I'm not Starfire" might be one of the trashiest things I have ever looked at. Terrible character design, obviously a self insert and a fitting end for the comic book industry.

I hope all the woke companies go broke. No use in allowing cancer to spread.

Hi, greeting from Mrs Amisha, Reply through my email below I've got more to discuss with you. Email at .. (amishalaura19@gmail.com) Regards mrs Amisha

Okay I am not a modern day superman fan but this comic was amazing!
If I see it in my local book store I will buy it.
THIS is the superman story I want to read. No Super Villain of the week. No woke SJW hogwash. Just an alien who grew up on earth trying to teach humanity to be better.
The message of this story is in the end we may need Clark Kent as much as we need a Superman.
Freaking Beautiful.

Just found out there is a Retail Kaioh Spin off of Baki where he get Isekai'd into another world.
I can not find an English translation of it.

Do not play Russian roulette

Yep, agree with you on tons of points. More importantly, I see the sense behind what you're saying. Now, I want to add my 2 cents to your 2 cents. Public outcry should typically not lead to stealing (can't speak for countries where access to essential resources is an issue). As for rioting, to be honest, this is what I meant by taking the loss now, to take the win later on. The problem with this line of thinking is that it has to meet somewhere in the middle with your, also correct, line of thinking, which relates to the quote you mentioned. The rioting begins because, originally, peaceful proceedings led to nothing. This is what I meant by decades in the making. Add to that a stream of vicious murders sleeping in the Black communities' consciousness. If we can both understand that, good. The issue is what comes after and where do we draw the line. I think that is the part that you are addressing with that quote and line of thinking. Some stuff is, honestly, trivial. Now, in my personal opinion, if some of those rioters tore down a slave owner statue, let that go. In fact, I'll do you one better, I would ask them "Who would you like as a statue there?". Then pay them to build it. Reparations in any type of relations is tricky. In contrast,the heavy stuff, is what is going to hurt. Looting, for example, is a perfect case for this. If you the individual stole, you have to take responsibility. Legal action and/or reparations for the victims is what should follow.

As for the last thing I want to share with you in this productive dialogue, it has do with terrorism. One of my biggest blessings in life was to have met and befriended people from different walks of life before diversity became the new woke term. And by diversity, you can bet your ass I am including white people too. A French born and raised white is different to a Spaniard White and an American born and raised white. Y'all are valuable too. Now, back on topic, Jake, this isn't terrorism. The methods were violent often times from some very bad apples, but this isn't it. With terrorism, as my israeli friend has noted, violence is the only law. That isn't the case in the USA on a country wide scale, thankfully. To be honest with you, if you were to ask any sensible black or white (any race) person in a low income community, the terrorists are the gangs. You don't follow, you wind up dead. To be constantly walking on eggshells for fear of being snuffed out. And even then, in terms of semantics, those gangs aren't terrorists, but symptoms of inequality problems. But boy, ask anyone there, they'll tell you it's the gangs. In that sense, this is the core of what I share with you. Violence is the only law and power in terrorism, not the stuff in BLM. It doesn't nearly create even a tenth of a fraction of that fear.

P.S. (I can also explain how this diversity concept became a normal term first, then a business thing second, if anyone has any confusion on the matter)

Hey, man. As much as I can support BLM from the aspect of how much (statistically) the killing of black lives has gone rampant, that doesn't excuse the behavior of what some bad apples did during the initial riots. Personally, unless it has specifically to do with looting, as the government, I would have taken the loss and not have even bothered to press charges. This civil unrest was decades in the making, and this public outcry was the iceberg peeking out from the water. Pressing charges is just inciting more violence. Don't get me wrong, that doesn't mean everything that happened during that timeframe is correct. However, a lot is understandable, some is unacceptable.

Last but not least, hi, nice to meet you. Just wanted to leave some food for thought and I won't misjudge you. I'm not one of those psychotic SJWs loose on the net. They need to be on leashes though. And muzzles. I don't like how the current social or fake woke climate is so conducive for violence instead of forgiveness and connection.

Jake @jacobl89 I get where you are coming from but you can't have the law apply to some and not others. That is why the people who are involved in looting and rioting should never have their charges dropped unless lack of evidence. Unfortunately from what I've seen lack of evidence is not the reason that the charges have been dropped If there's any reason in some cases at all. If I'm being honest black lives matters reason isn't that different from a lot of terrorist groups. What separates a terrorist group and a civil movement is their methods. Under no circumstance is terrorism a legitimate tactic for getting what you want. And I feel if we excuse it by saying it was decades in the making then we open the door to a lot of other things. Martin Luther King did it right and got change, So people can't tell me that you can't get it done with peaceful means because you certainly can. Riding looting and all that violent stuff is inexcusable and hurts completely innocent people who had nothing to do with the issue at hand. That in itself is a great injustice and if we excuse that injustice we are literally ignoring the words of Martin Luther King. "Injustice anywhere is a threat to justice everywhere"