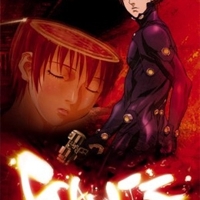 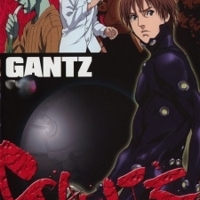 Thought your life was bad? Sometimes, death is worse. There is no salvation, peace, nor god waiting to receive you into their care. But wait, a god? Maybe you are talking about that big black ball stuck in the room with you. Now you are thrown into a game, fighting green aliens and robot monsters for the chance to survive. When Kei Kurono is killed, he thus finds himself caught in such a game—a test of his skills, morals, and will to survive. His life is not his own; his death is spat and trampled upon over and over again. What happens if he does not listen? God knows. A word of warning: Gantz is not for the faint-hearted, but neither is it as simple as it looks. Gore, rape, and violence is rampant, as are portrayals of greed, violence, and all the ugliness that one sees in society today.

Real Miku Hatsune @realmikuhatsune commented on Gantz [TV]
Real Miku Hatsune @realmikuhatsune
Nov 19, 17 at 9:31am
An utter monstrosity of an anime, with unlikeable characters, unfortunate circumstances, with lots of unanswered questions and ridiculous gore. All of which, surprisingly, made this a very enjoyable watch. The end of each episode had me on the end of my seat, greatly anticipating the next, despite how furious I was with the happenings of the previous. I usually dislike and try to stay away from any media which includes anything of which I listed above, but something about this anime makes the gross underbelly of human nature strangely appealing. A very good watch, and highly recommended for those who can stomach, or even enjoy, that type of content.