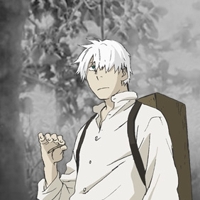 They are neither plants nor animals. They differ from other forms of life such as micro-organisms and fungi. Instead they resemble the primeval body of life and are generally known as “Mushi”. Their existence and appearance are unknown to many and only a limited number of humans are aware of them. Ginko is a “Mushi-shi”, who travels around to investigate and find out more about the “Mushi”. In the process, he also lends a helping hand to people who face problems with supernatural occurrences which may be related to the “Mushi”. Due to their ethereal nature most humans are incapable of perceiving Mushi and are oblivious to their existence, but there are a few who possess the ability to see and interact with Mushi.