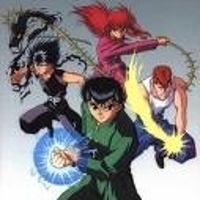 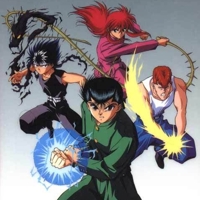 YuYu Hakusho follows Yusuke Urameshi, a street-brawling delinquent who, in an uncharacteristic act of altruism, is hit by a car and killed in an attempt to save a young boy by pushing him out of the way. His ghost is greeted by Botan, a woman who introduces herself as the pilot of the River Styx, who ferries souls to the Underworld where they may be judged for the afterlife. Botan informs Yusuke that his act had caught even the Underworld by surprise and that there was not yet a place made for him in either heaven or hell. Thus Koenma, son of the Underworld’s ruler King Enma, offers Yusuke a chance to return to his body through a series of tests. Yusuke succeeds with the help of his friend Keiko. After returning to life, Koenma grants Yusuke the title of Underworld Detective, charging him with investigating supernatural activity within the human world.