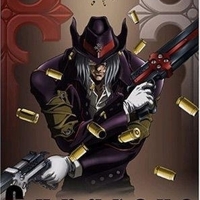 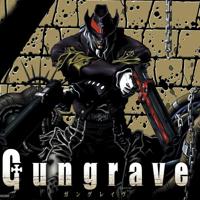 Armed with twin handguns, and a coffin filled with weapons on his back, Grave returns from the dead, cloaked in darkness and bent on revenge. His goal is to cripple Millennion, the huge mafia organisation that uses undead monsters as its enforcers. But his real objective is to root out Harry Macdowel, Millennion’s leader. The former friends are on a collision course with destiny and anyone in the way is destined for the grave! Think of this show as Hellsing but with mafia members!

Gungrave begins a little over a decade after Brandon Heat is betrayed and killed by his former best friend, Harry MacDowell. He is then reborn through the use of necrolyze as Beyond The Grave, and he starts on his journey of violence and revenge against the mafia. The series then backtracks to Brandon’s youth, and follows him and Harry as they rise through the criminal underworld, detailing the circumstances that led to their eventual falling-out.