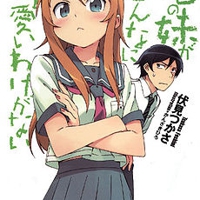 Sometimes the relationship between a brother and sister just doesn’t work out very well. Oreimo is about two a brother and his sister, Kousaka Kyousuke and Kousaka Kirino. They never had such a strong relationship (or decent for that matter) until one day, Kyousuke finds an Ero game in his house. So he builds suspicion on everyone in his house. Fast forward it turns out that the Ero game was Kirino’s. So basically Kirino is an “otaku” but doesn’t want to tell anyone. So throughout the entire series the only person she can trust is her older brother.

Amazon
Anime Rating
8.0/10
1127 users added this.
Similar in these categories.