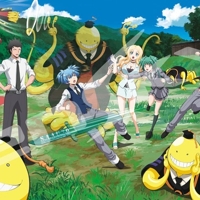 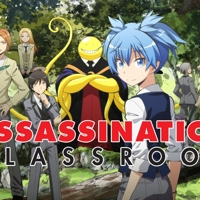 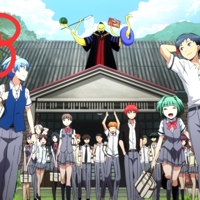 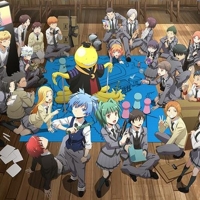 Assassination Classroom is all about one thing – Assasination! Based on a Japanese manga science fiction comedy series written and illustrated by Yusei Matsui. The series was serialized on Shueisha’s Weekly Shonen Jump magazine from July 2012 to March 2016 and is licensed in English by Viz Media. The series follows the daily lives of an extremely powerful octopus-like teacher and his students dedicated to the task of assassinating him to prevent Earth from being destroyed. As of July 2016, twenty-one tankobon volumes have been released in Japan with a circulation of 20 million copies.

A single original video animation adaptation by Brain’s Base based on the series was screened at the Jump Super Anime Tour on October to November 2013. This was followed by a television anime adaptation by Lerche, which began airing on Fuji TV in January 2015. This adaptation has been licensed by Funimation for release in North America. The series was obtained by Madman Entertainment for digital distribution in Australia and New Zealand. A live action film adaptation was released on March 21, 2015, and a sequel, titled Assassination Classroom: Graduation, was released on March 25, 2016.