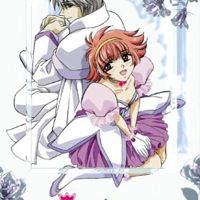 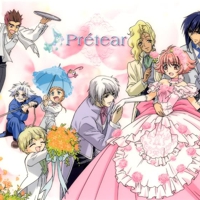 A high school girl named Himeno Awayuki is attempting to adjust to her new life after her widowed father remarries wealthy widow Natsue. While taking a short cut to school, Himeno jumps out of a bush and lands on Hayate, the Knight of Wind. After some arguing Himeno wants to punch Hayate, but he blocks her hand causing a powerful light. Later she meets the other Leafe Knights who tell her that the red snow that has been falling on the town recently is being caused by the Princess of Disaster who is awakening, and that she is using demon larva to absorb Leafe, the essence of all life. They ask Himeno to become the Prétear and help them protect the world. Himeno is initially reluctant, believing they are trying to play a trick on her. When a larva attacks them and begins stealing leafe,Himeno agrees to help. Hayate tells her to take his hand and she merges with him to become the Wind Prétear. After adjusting to her new powers, Himeno is able to defeat the larva.

Amazon
Anime Rating
8.2/10
428 users added this.
Similar in these categories.