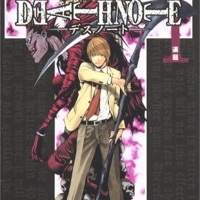 Light Yagami is an intelligent young man who resents all crime and corruption, and believes there is an unending increase in these things that he must try to stop. His life undergoes a drastic change when he discovers a mysterious notebook, known as the “Death Note”, lying on the ground. The Death Note’s instructions claim that if a human’s name is written within it, that person shall die. Light is initially skeptical of the notebook’s authenticity, but after experimenting with it, he realizes that the Death Note is real. After meeting with the previous owner of the Death Note, a shinigami named Ryuk, Light plans to become a god and establish a new world order by passing his keen judgment on those he deems evil and anyone who gets in his way.

Amazon
Manga Rating
8.7/10
3526 users added this.
Similar in these categories.