What personality type are you?

Everyone references 16personalities, but if you read their about me. Their model is based off the big 5 with mbti sprinkled in basically. So a lot of their info is watered down MBTI and over generalizations. But even the best test isn't as good as determining which functions you flow best with.

@kameiya Ah, I'm sorry! Well I'm glad I asked then. Hopefully what I said can help someone who is autistic tho. Wasn't trying to be mean implying you were, literally thought you'd said it. I think it was in that adult thread about looking for a girl for pics, ect. There is a strong chance you said something about autism and completely unrelated said you couldn't tell if we were joking, and then my mind simply connected the two, def my bad.

The concussion would make it difficult to judge Si and potentially Te then, esp with as little as I know about you. Did you feel like it was good before your concussion or do you not remember? I dated a guy with one and low Si and it was THE WORST bc I just thought he didn't care about me until he told me years later. I think this would be especially hard for you because Si is in the "child" spot which is more sensitive with Si matters, memory being one of them.

Knowing the concussion factor infp does seem plausible. I do see high Fi. Fi cares about themselves before others. Like you said about caring about mainly those closest. Fe would make it so that you wouldn't want to disrupt the group or norm. Example: You know that 3 out of 4 members love McDonalds, you hate it, you don't want to go...but you keep quiet and just go. Fi would usually be like, oh but I hate McDonalds and Ne would probably list off several other options that are similar but more preferred for Fi. Silly example, but yeah. You know what you want and you aren't afraid to say it. (ENFP's are supposed to be great at that too, but I at least feel like I'm shit at it.) ​

Te is your 4th function and least developed of natural functions (usually). Ti confuses the hell out of me. I still don't understand it fully. Te likes reference materials and book smarts vs completely original ideas without outside influence. I don't remember any serious topic threads that you've posted, so I don't have a gauge of it for you.

Actually I've been typing this response for like an hour and infp does seem to fit. isfp also has Fi/Te in the same position.

@hakutaku- Ne is your 5th function, but can be easier to develop than your 3rd and 4th, from what I understand. Obviously life experiences and personal growth depends on the person. ;)

@teacup, which is my dominant function?

@hakutaku if you are INTJ, then Ni is your dominant, Te secondary, Fi tertiary, and Se inferior.

Idk anything about ti, te and everything else you just said. That personality reference is new to me. I had a feeling your memory mixed something up. I'm not offended. I get my info mixed up too cuz my memory isn't remembering something correctly. I used to have a better memory before my concussion. It wasn't the best. I would call it average before my head got severely hit those two times. I'm the type who does express that I hate something regardless of the majority vote. My mom is the only one I won't say it to cuz we are complete opposites that I learned to just let her eat where she wants. Especially since I don't want to stress her out over something so minor.

If there is somebody who is autistic and read your info maybe it can help them depending on their situation. There are times one has info the other doesn't think about and it can help

Well I was formally diagnosed with hfa. One example would be my dependence on routine and structure to stay at my best. Sometimes I might switch things up but really it comes down to my work life keeping everything fresh. I think it balances out my flaws.

That being said I don't see how my diagnosis can skew the results when these are obviously not cognitive tests that predicts autism. I'm sure certain types will correlate more than others tho. 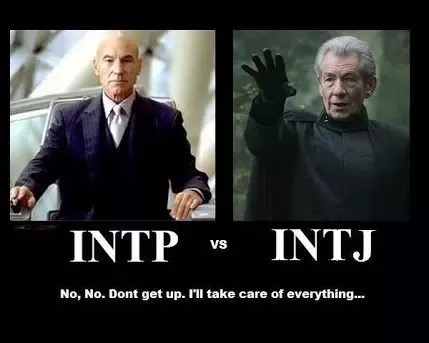 I am an INFP.
Which is interesting considering I've been trying to practice a stoic mindset.
I don't know if I'm doing irrevertible mental damage to myself or if I'm improving myself.
I guess we're going to find out. 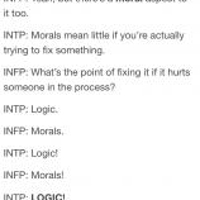 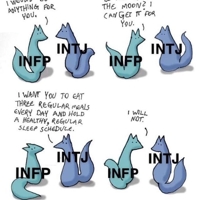 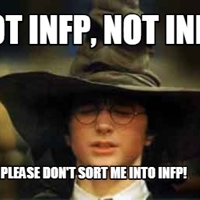 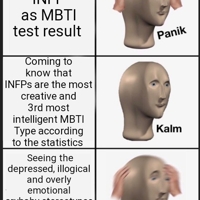 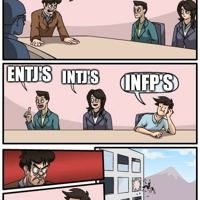 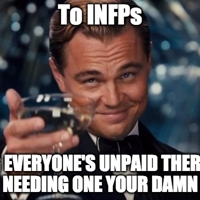 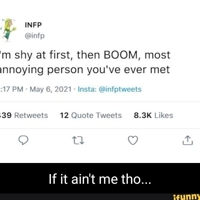 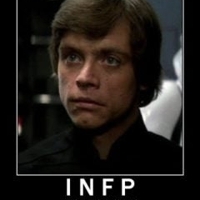 Memes.
It was both satisfying and hurt me greatly to look up some of these memes. 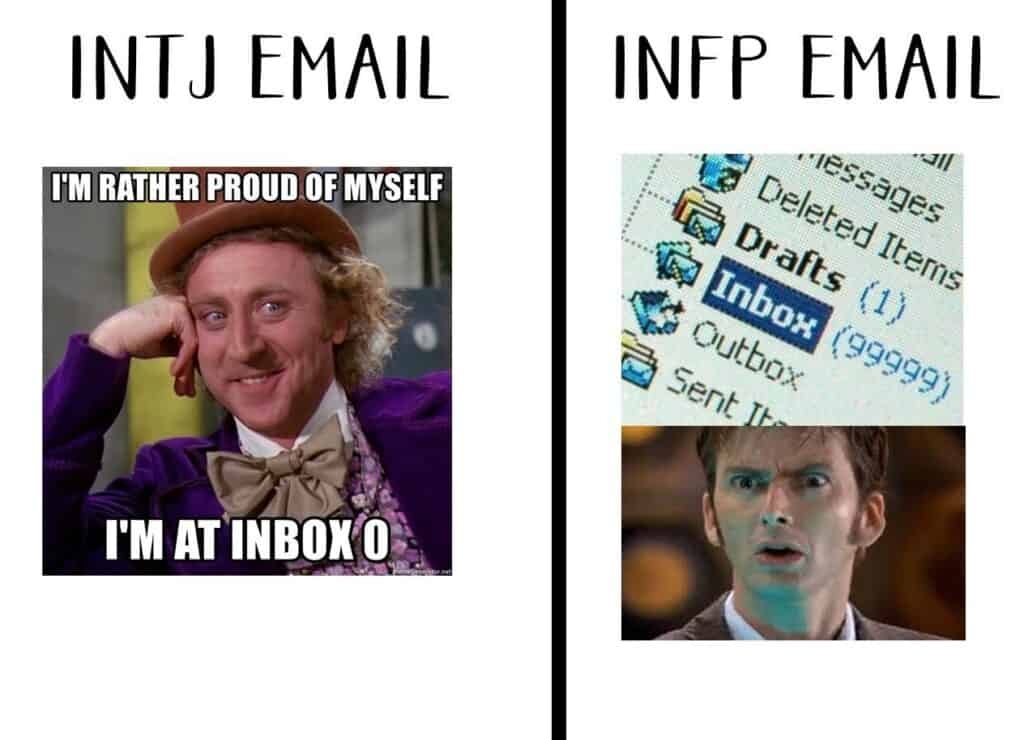 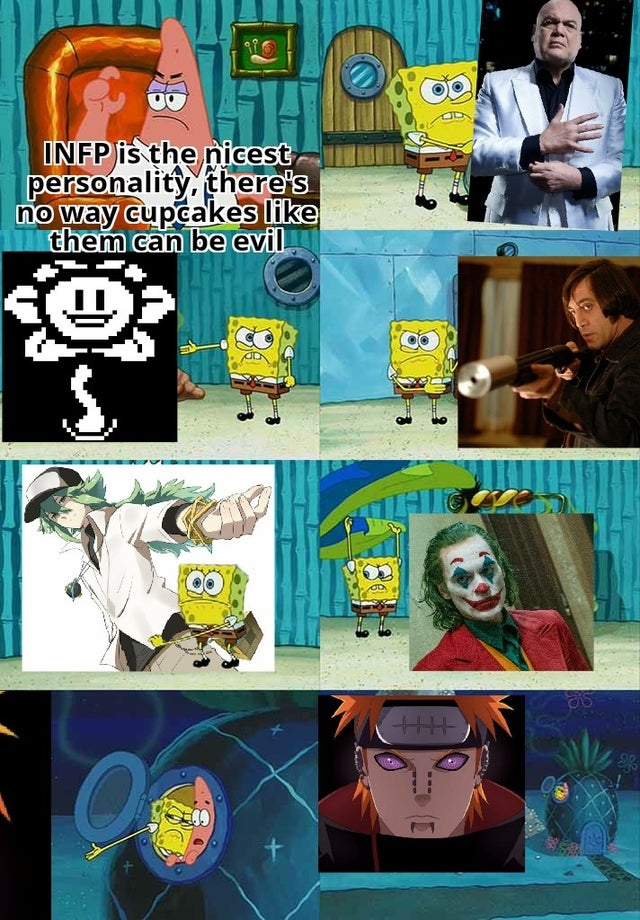 Continue
Please login to post.
Back to Relationship Advice