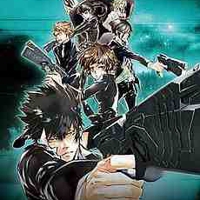 In the near future, it is possible to instantaneously measure a person’s mental state, personality, and the probability that a person will commit crimes with a device installed on each citizen’s body called the Psycho-Pass. When this probability, measured by the “Crime Coefficient” index, is too high in some individuals those individuals are pursued and apprehended—with lethal force, if necessary. This task is performed by a special team of potential criminals called Enforcers, who are supervised by police officers known as Inspectors; the Inspectors ensure that Enforcers perform their duties within the constraints of the law. Enforcers and Inspectors employ special weapons called “Dominators” that are designed to fire only on those with a higher than normal Crime Coefficient. The story follows Unit One of the Public Safety Bureau’s Criminal Investigation Division.