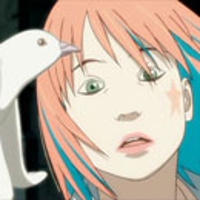 Witness the true beginning of the Matrix: how men created the machines and how those machines stood up against their masters, and the effects of the great war that waged between them, which in the end led to the fall of mankind. Watch the ship Osiris and its efforts to warn the remaining humans of the imminent attack; follow a champion who happens to break free from the Matrix; explore the exploitation of a glitch in the overall system; observe the story of the Kid and how he was found by Neo; travel with an investigator who tracks the well-known hacker Trinity; and learn the secrets of the Matrix in other wondrous ways.

Amazon
Anime Rating
8.0/10
297 users added this.
Similar in these categories.