Name the most frustrating game you ever played

It's supposed to be a combination of Dwarf Fortress and the Sims.

I always wanted to play a game like Dwarf Fortress: a game in which you enjoy watching your settlement burn and die after building it up.

Unfortunately, every time something bad happened to my game, I would get absolutely heartbroken because I poured my time, heart, and soul into building it up.

In recent memory I would have to say, without a doubt, Resistance 2 on PS3. Now I actually really like the 1 and 3 a lot - they're genuinely great games even if they do have their issues but Resistance 2 is on a whole new level of complete shit. It abandoned the fast paced gameplay that made the first one so much fun and neutered itself to appease the more modern military style of play with fat marine syndrome where you are slow as hell and can only sprint for 10 seconds, regenerating health that forces you play in a very cowardly fashion and a two weapon limit which just doesn't work with how many aggressive enemies you have to deal with, especially when most weapons are far too situational. This was the dark age of shooters - and I hated every trend developers put in their shooters around this point of time.

The campaign was utterly frustrating, tedious and outstays its welcome for going on way too fucking long and is a massive step back from the first game in almost every single way - its "story" is just awful, you never know anything that's going and everyone's motivations are never explained or just flat out stupid thus making every character an insufferable arsehole. Oh and to make the whole thing even more fun, the game is just completely bullshit. Extremely tough enemies bumrushing you where you simply cannot effectively deal with the situation except hoping to get lucky, enemy attacks taking away half your health or even one shotting you despite there being no rhyme or reason whatsoever - it feels completely random where even the easiest difficulty can feel like the hardest in most actually well designed games. And of course cars, CARS FUCKING EVERYWHERE - not only do they completely block your movement because your character is a fat arse but they blow up if you so much as look at them funny and they will kill you instantly, no matter the difficulty even on easy and their blast radius is gigantic BUT THIS DOESN'T APPLY TO YOUR ENEMIES AT ALL, they need to be really close to it and even then you'll be lucky to kill them that way - it's further compounded when titans spam their rockets and the cycle is just neverending.

The co-operative and competitive multiplayer were pretty good though, they were actually worth buying the game for especially since its co-op is still unique to this day with no other game emulating what it did but with the servers shut down there's absolutely no reason whatsoever to even think of playing this one. All that's left is its fucking horrible campaign and because of that it's one of the few games I can flat out call a massive piece of shit. 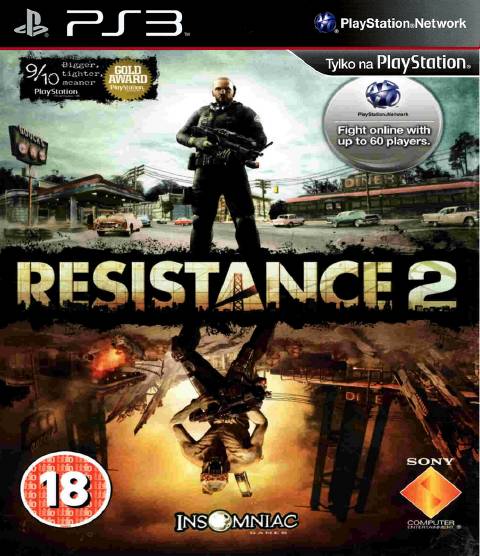 @Lamby
I can relate to that one so much

Look up an Atlus title named Baroque. Not only do you restart from the beginning every time you die, you also have to figure out how/when/why to die to make advancement possible.

That game is an asshole. Both the Saturn and Wii version. The Saturn version is even worse, mostly because I have no idea how the Japanese language works.

You probably won't know this game. "Operacja Kanemelon". It's a Polish shooter made in RPG Maker. Why is it so frustrating? The ammo is so limited that you have to use your fists and only shoot during the final mission. Otherwise, you will die and die and die right after entering that stupid sandwich booth.

From well known I can say that "Fallout 4" with its glitching plot quests.

That's a hard thing to narrow down to a single pick. I guess recently it'd have to be Fallout 76. Just solely because of what a heavy let down it was.