Just throwing this out there for all of those who dont know. Playstation announced a sign up for the pre-orders for ps5. It is invite only pre-ordering. Most likely to stop price gougers from buying all of them and reselling at double the price. So hurry before ithe news spreads.

I'll buy the PlayStation 5 when they make the PS 6.

Also, they need to make the PS5 play the entire library of previous games not just 4 and a select few digital re-releases of 2 and 3 titles.

I wanna be able to play my copy of Shadow Hearts 1 and 2 on this thing or I feel cheated!

I have my suspicions about the reliability of the cooling system. They have this strange system where they have these pipes that lead from the CPU to the heat sink. I don't trust it. It might have worked in prototype testing, but mass production has small defects in most all products. Most have tolerances where these defects don't negatively affect the product, but this heatsink pipe nonsense is an engineering disaster waiting to happen.

They are using a "liquid metal" instead of thermal paste which I suspect is a gallium-alloy which is supposed to conduct heat better than thermal paste. Meaning that you could get quite a bit of cash for scrapping broken PS5s should the heatsink prove to be an issue.

Good to know, but that also means Sony knows and will use that as a reason to charge $1000 per system.

Yeah heat pipes are needed to transfer the heat faster.
All good CPU heat sinks use them.

Altho with the ps5 they might make their own Heat pipe and who knows screw up there.

also Liquid metal is indeed a better heat conductor than thermal paste.
only problem is it can dry up and go weird on the heatsink and stuff. So who knows many problems will occur.

@sobo275
Well this is what they are planning with the patent design. 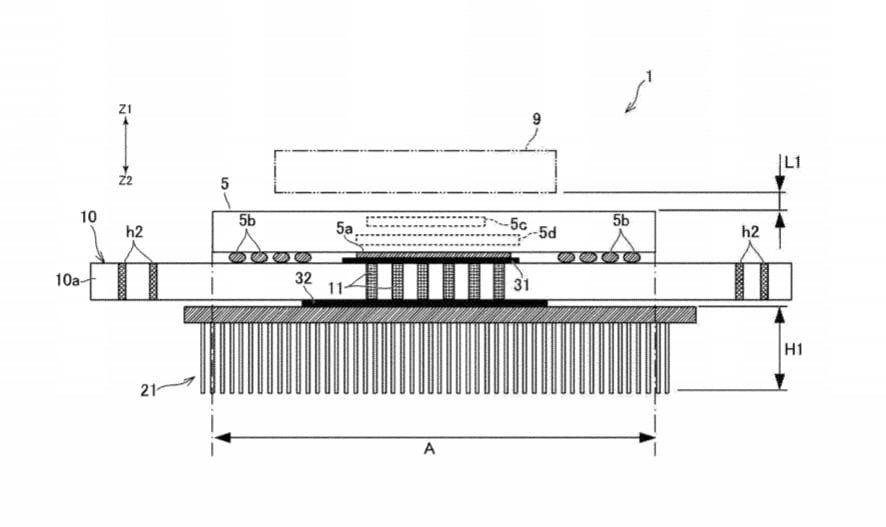 Then a render of what it would look like. 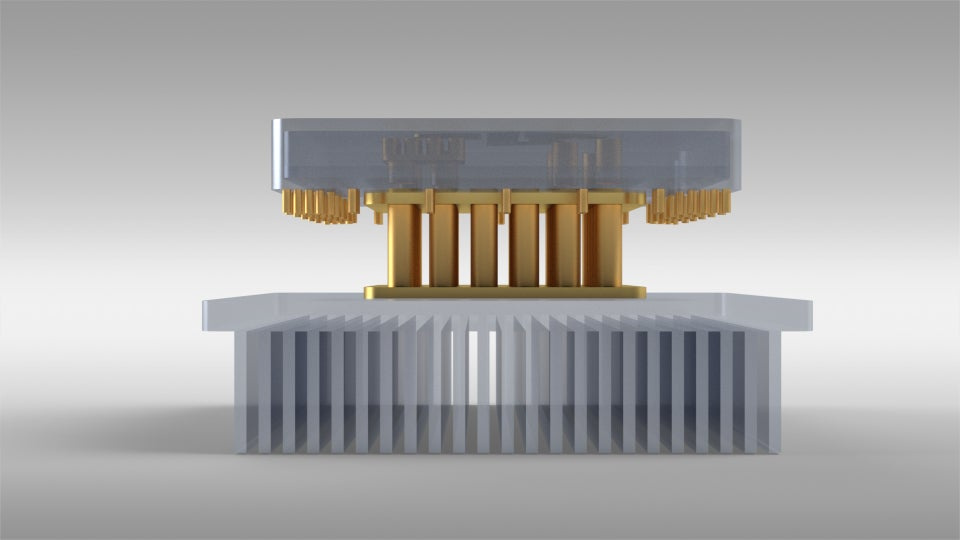 If you ask me this is asking for trouble with heat pipes that small with thermal expansion on that small of a scale. I'd suspect separation between these pipes and the heat sink. Under perfect circumstances it would work great by having even more surface area and being able to direct heat from the hottest areas on the chip. However, perfect circumstances hardly ever exist.

It shouldn't be an issue if it is a Gallium-alloy. Gallium doesn't generally dry out and has something added to make it so it melts at a higher temperature than Gallium's 85F / 20C. Now horrible things occur if Gallium gets on Aluminum, which a bunch of components and shielding in most consoles/electronics are made of. Gallium when it comes in contact with Aluminum causes a reaction that changes messes with the crystal structure. It will make aluminum incredibly brittle and it will shatter and crumble very easily. Same with steel, but steel to a much lesser degree.

Yeah that design looks funky. thats now how it looks on your traditional CPU coolers HAHAHA

Lol the tech talk XD i have no clue about anything but i did have concerns on the cooling system. I thought it was generally known that air gets pulled from one direction and flows to the other but the ps5 has vents lining the entirety of the side of the console. The ps4 had issues with heating (similar design on the sides) and thus creates a jet engine sound when you boot up a graphically intense game

The pre-order is based on how often you play and the number of games. They want those that already have a ps4 and those that'll be lucrative to them. I've never been one to get a system when it first comes out anyways.