what do you guys think about one piece?? 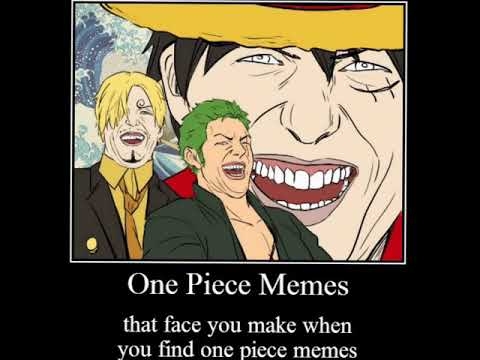 This is the same man who lured me into an unmarked van on the premise of helping him locate his "One Piece."

At first I said NO! Because I HATE Reese's Pieces.

Then Bob was like, "Naw brah, I'll add 10 Primogems to your Genshin Impact account if ya help!"

He needed not say more.

I was already in and before I knew it he'd slammed the van door shut.

Inside was completely empty except for an air mattress with an iPad laying on top.

He told me to have a seat beside him as he fiddled with the pad.

Awkward silence filled the space between us before breaking to the sound of Coldplay's "Adventure of a Lifetime!"

Placing the device forcefully into my hands I then saw it was an AMV montage of One Piece clips synced to the entire library of Coldplay's songs.

I observed the amateur compilation for hours and hours until my vision glazed over.

Yet the torture had only began!

Turning to face him my eyes looked upon a horrific sight no grown person should ever have to bear witness.

Bob whipped out his Boa Hancock and played with it!

"OH MY GOD!" exclaimed I as while jumping up to run for the door.

Fighting with the childproof lock in futility, the sick degenerate inched closer till I could feel heavy breathing upon the back of my exposed neck.

Leaning deep into my ear Bob's lips whispered, "Put the Devil Fruit in the basket or get the rubber hose again."

One final scream escaped from my mouth before passing out into unconsciousness.

I don't recall anything afterwards.

All I know is that when I came to I was by myself on a deserted beach. Also I was dressed in some sort of One Piece cosplay that was presumably hand stitched by Bob himself.

All I know is that you can't trust a One Piece fanatic. They're all a bunch of sociopathic nut jobs!

Got my sister and Bro-in-law watching the series and they're now getting close to the Wano Arc. They loved Luffy's Gear 4!

I think it's pretty boring. It's not something I'd choose to watch but I was dragged into watching it. It drags moments for too long and most of the characters are annoying. It's just some anime I watch 1 or 2 episodes of when I feel like watching something but I also don't want to be invested into what I'm watching.

I started reading One Piece around the Impel Down arc and have been keeping up with the manga since then. I have always been intimidated by watching the whole series, but did eventually watch from the beginning up until the Enies Lobby arc where I got a bit burnt out from watching so much at once. It's been several years and I still haven't watched through Enies Lobby up to Impel Down. I have really enjoyed the series, but man, it is such a time investment getting caught up.

You should jump back in where you left off! You literally stopped watching at easily one of the greatest arcs in the entire series. The Enies Lobby/Impel Down arcs are game changers in One Piece! It could even be argued that those back to back arcs is the most vital story arc in the entire series!

Finally got caught up in the Wano arc... I enjoyed it, but holy shit is it just dragging out for no reason other than to keep padding the episode count xD This series needs to wrap up, and that's coming from a hardcore OP fan.

Aside from how everything is being dragged out, I have 2 issues with the series currently:

1. Side characters are being treated like main characters, and they have more screen time than most of the Straw Hat crew.
2. The OG Straw Hats don't really fit anymore. The enemies at this point are just simply too powerful for Frankie, Chopper, Nami, and Usopp... and because they're always outclassed by every enemy except random NPC's, their "fights" just end up being gags. I only really care to see Luffy, Zoro, and Sanji fight.

It was one of the first anime I watched subbed and also the longest one I binged through before I checked out Detective Conan. I liked it, the music and characters are great. Some very nice fights as well. Though I'm not the biggest fan of the fillers and the pacing became awful after the time skip. I left off after I caught up and finished the Zou Arc (was a bit of a weird arc and didn't like the "twist") so I'm a few years behind now. Honestly, I think the show was better before the time skip. Besides the pacing, the art quality seemed to be dropping as well (the Fish-Man Island Arc had some really derpy looking background characters). Felt like Toei Animation had gotten a bit too comfortable with how much the show's popularity was carrying it and started slacking.

I was thinking of catching up sometime but it looks like the pacing issues are still present... 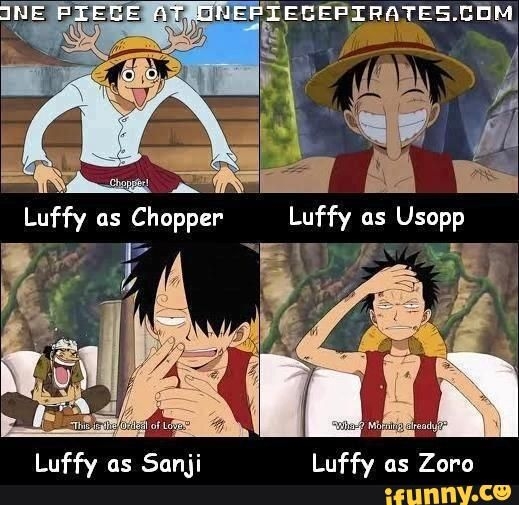 The issue I had with the Zou arc is the main antagonist, Jack, never did anything. He never fought Luffy or anyone of importance. And considering he's one of Kaido's "main" guards, he's viewed as the weakest. His peers mock and make fun of him to his face for being weak and he just takes it. The Zou arc also introduced that bunny girl and her race, and I just think she's absolutely pointless. I feel like it's also the arc when they started forcing a million side characters into the front line of the series.

However, the Whole Cake arc was good overall. Yeah, it dragged out, but it's the first time we get to see a lot of one of the four Yonko (my dream for OP will always be to see a 1v1 battle between an Admiral and a Yonko). It also introduced Pudding, who develops into one of the best characters in a long time in the series.

The Whole Cake arc is also when we see arguably the best 1v1 fight with Luffy (I won't say who since it could be considered a spoiler). I'd compare it to the fight between Ichigo and Ulquiorra in Bleach, possibly even better because Ichigo basically just goes into overpower mode, where Luffy digs deep, even on a mental level, to overcome a battle that goes the distance.

As for the current Wano arc... I still like it, but a flashback "arc" drags on for waaaaaaaaaay too many episodes... and 100 episodes into the arc and there still hasn't been any true, significant battle between major characters. But considering where it's going, I feel like some major characters and battles are in the near future. There's a few commanders for Kaido that are clearly strong af even tho they haven't been shown doing much. Their presence speaks volumes. Gimme 1v1 battles of them and Zoro, Sanji, and Luffy plz.

Wait, the Wano arc is at least 100 episodes long so far and it still isn't close to finishing or had a major fight? Jesus lol. I guess I can check out the Whole Cake arc for now, thanks for the info!