for anyone who wants a good feelsy anime with mechs and stuff, I recommend "The Price of Smiles" aka: "Egao no Daika". really good anime... kinda sad at times, but also really interesting. i reccomend giving it a watch!! :3

if anyone is looking for a cute but really creepy anime, i recommend C3 (the 3 is an exponent so its pronounced C cubed) its about this guy who finds this girl in his house and the girl turns out to be a murder weapon. really good for something so unique in anime and it can be super creepy too if youre into that.... :3

if anyone is looking for a more wholesome romantic harem anime with less ecchi, i recommend: "Hoshizora e Kakaru Hashi". its about a guy who moves back to his old town in the country side after many years with his little brother. while he looks for his brother's hat, he meets a girl who he ends up accidentally falling on and kissing. its not as ecchi as it seems... its actually quite wholesome. i say give it a try! :3

“isekai wa smartphone to tomo ni” is a good one. gives me konosuba vibes. its decent. its about a guy who gets isekaid to another world with magic with his smartphone. pretty dope. give it a watch if ya can! :3


(thought I'd repost this here too)

If you want a Netflix original with an original concept and great dub, then it’s the perfect show for you.

If we going with netflix give Baki a try too after watching the original Baki the grappler anime. It may seem weird at first but after awhile it grows on you with the world building.

Here's a more popular suggestion for you all that i really enjoyed: Shakugan no Shana. its super good! its about a guy named Sakai Yuji who dies and becomes a torch (a temporary existence). he meets this girl named Shana who claims to be a flame haze and shows him that he is a torch. normally he would disappear after a while, but as it turns out, he is a mysties that contains a special treasure... (i wont say what is... watch to find out ;D) the anime has a lot of cool fight scenes along with a ton of romance. plus it has three really good seasons, and to top it all off, it has an actual ending(wont spoil. don't worry)!! :D i hope you all enjoy this anime as much as i did! :3

Danmachi has been quite good so far. I have been spoiled as to what happens from LN readers, but its a very good series.

[Is it wrong to pick up girls in a dungeon?]

can manga be recommended?

if no then dororo and inuyashiki are my fave animes

For the love of god, would more people watch Hi-Score Girl so that I can get a 3rd season???? It's about a girl who's a prodigy at fighting games back in the 90's arcades! Who tf wouldn't be interested in watching this??? 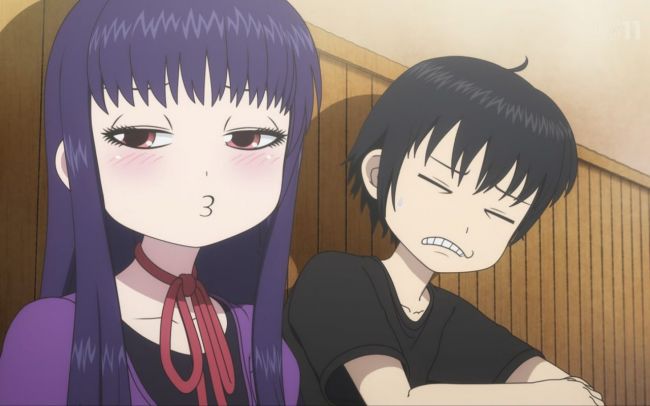