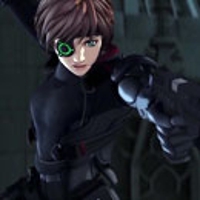 In the far future, the world lives under the guidance of Olympus – a utopia built after the end of a global war that decimated over half the world’s population. Mankind lives beside both cyborgs and bioroids, a breed of genetically-engineered humans who don’t feel negative emotions. Deunan and Briareous continue to fight for the Olympus task force E.S.W.A.T., but after Briareous is injured in a mission involving a terrorist attack, Deunan is forced to partner with Tereus: a prototype combat bioroid whose genetic makeup was taken from Briareous. Together, the three must try to unravel an insidious terrorist plot and save Olympus once more.