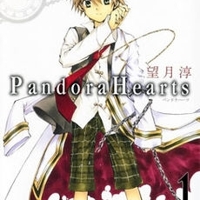 Oz Vessalius, heir to the Vessalius dukedom, has just turned fifteen. His life is rich and carefree, darkened only by the constant absence of his father. At his coming-of-age ceremony, however, everything changes. For no reason that he can discern, Oz is cast into the prison known as the “Abyss”, only to be saved by a “Chain” known as Alice, the Bloodstained Black Rabbit, B-Rabbit for short. The mystery there begins as Oz unravels the mystery behind Alice, the Abyss and the strange organization known as Pandora. The series features heavy references to Lewis Carroll’s Alice’s Adventures in Wonderland and Through the Looking-Glass and can be considered a fantasy and mystery.

Amazon
Manga Rating
8.7/10
570 users added this.
Similar in these categories.