One thing I have to say, old anime games are far more abundant. For some reason there are very few today vs years past. Some examples: 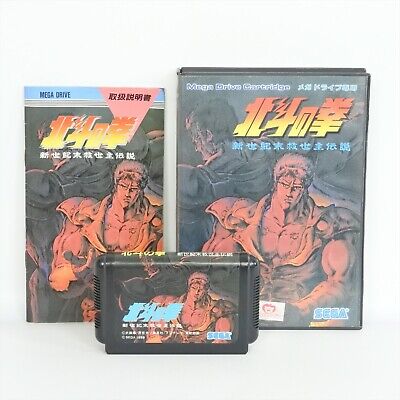 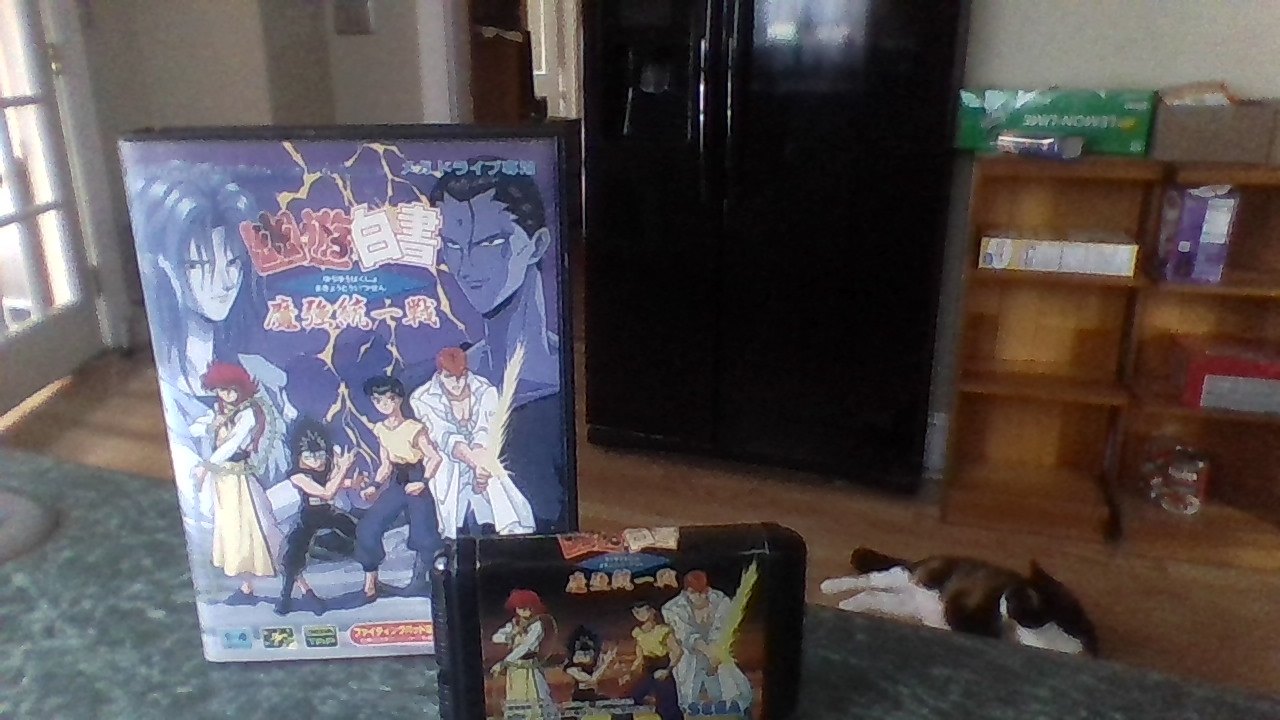 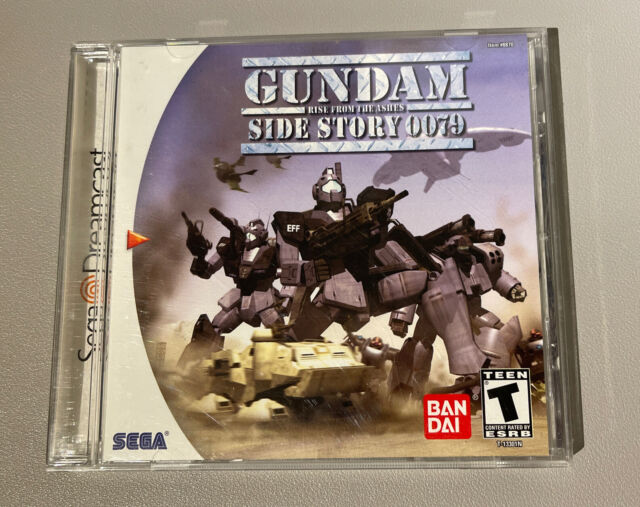 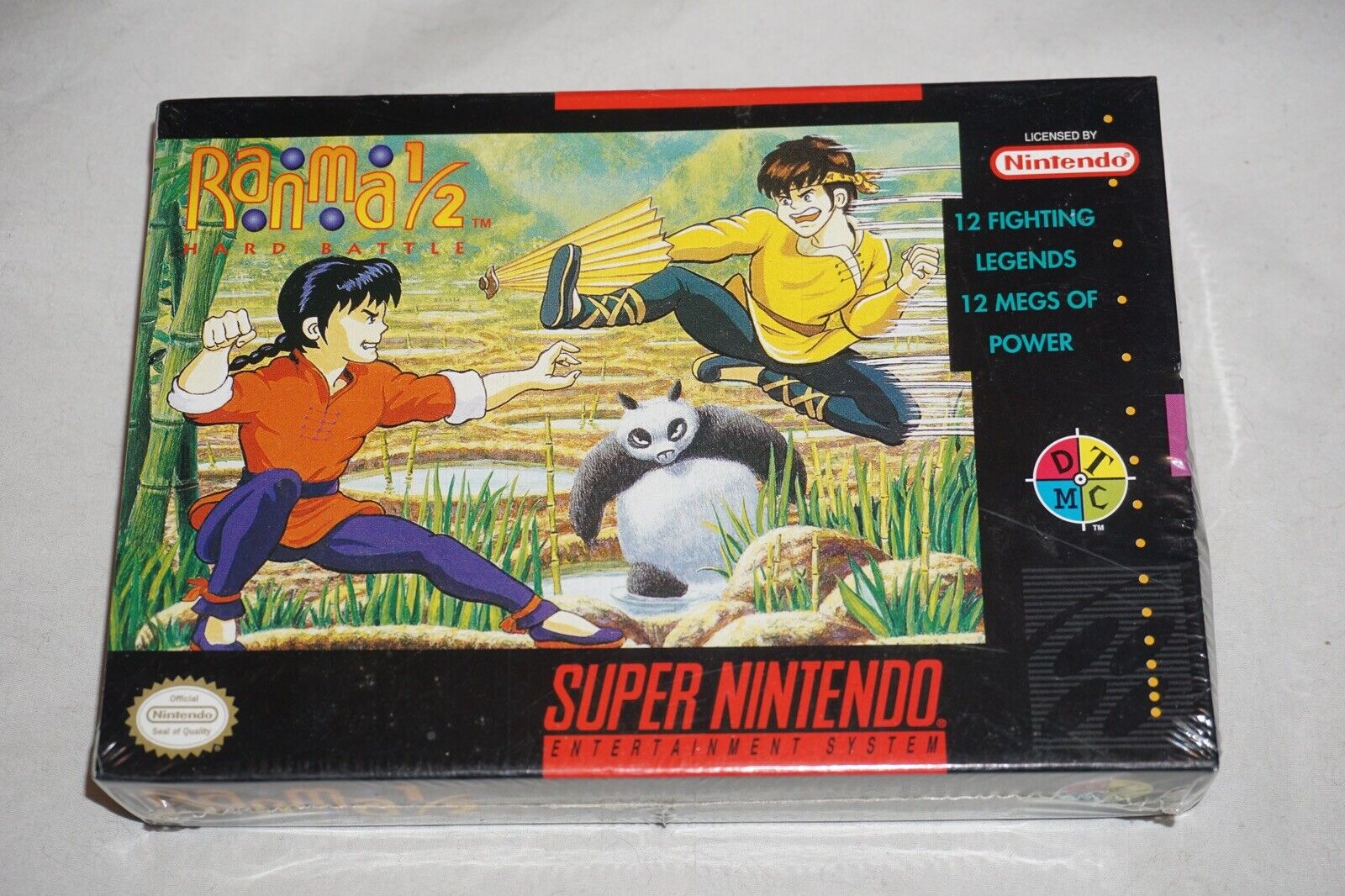 Ghost in the Shell: Playstation 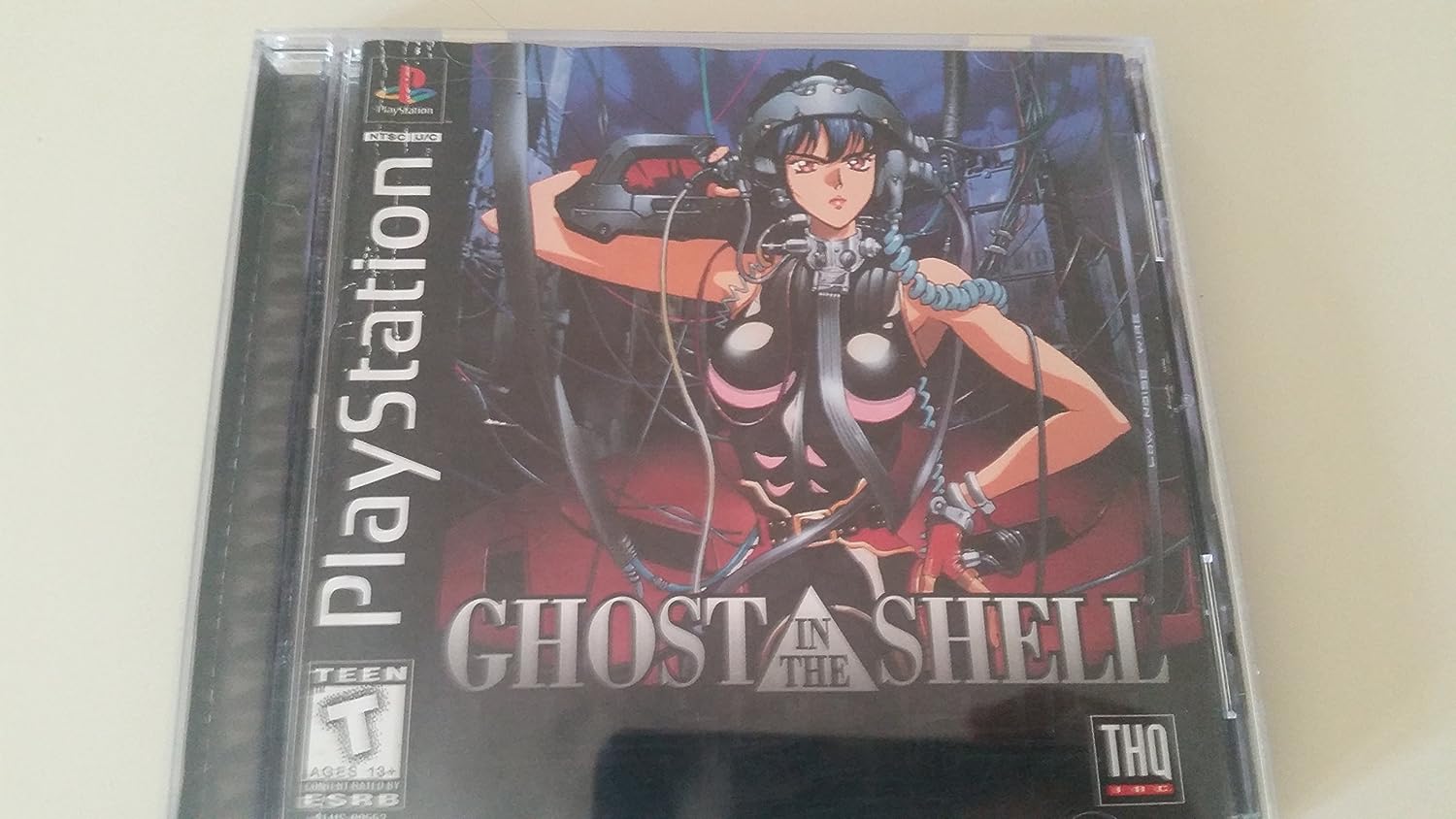 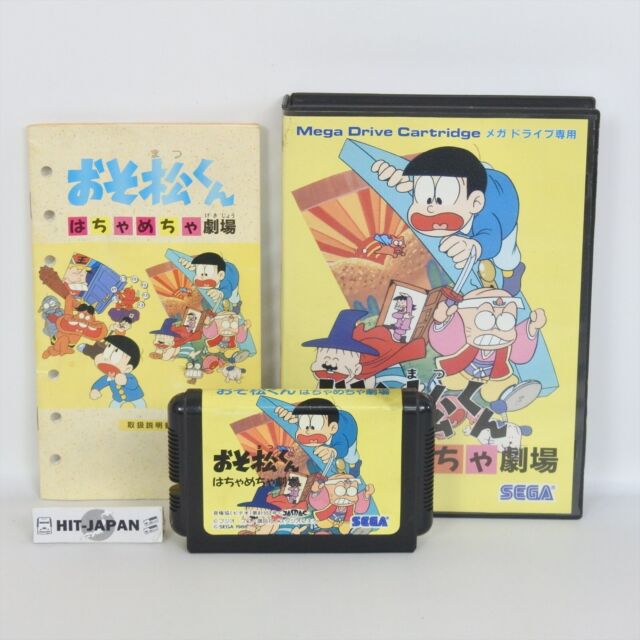 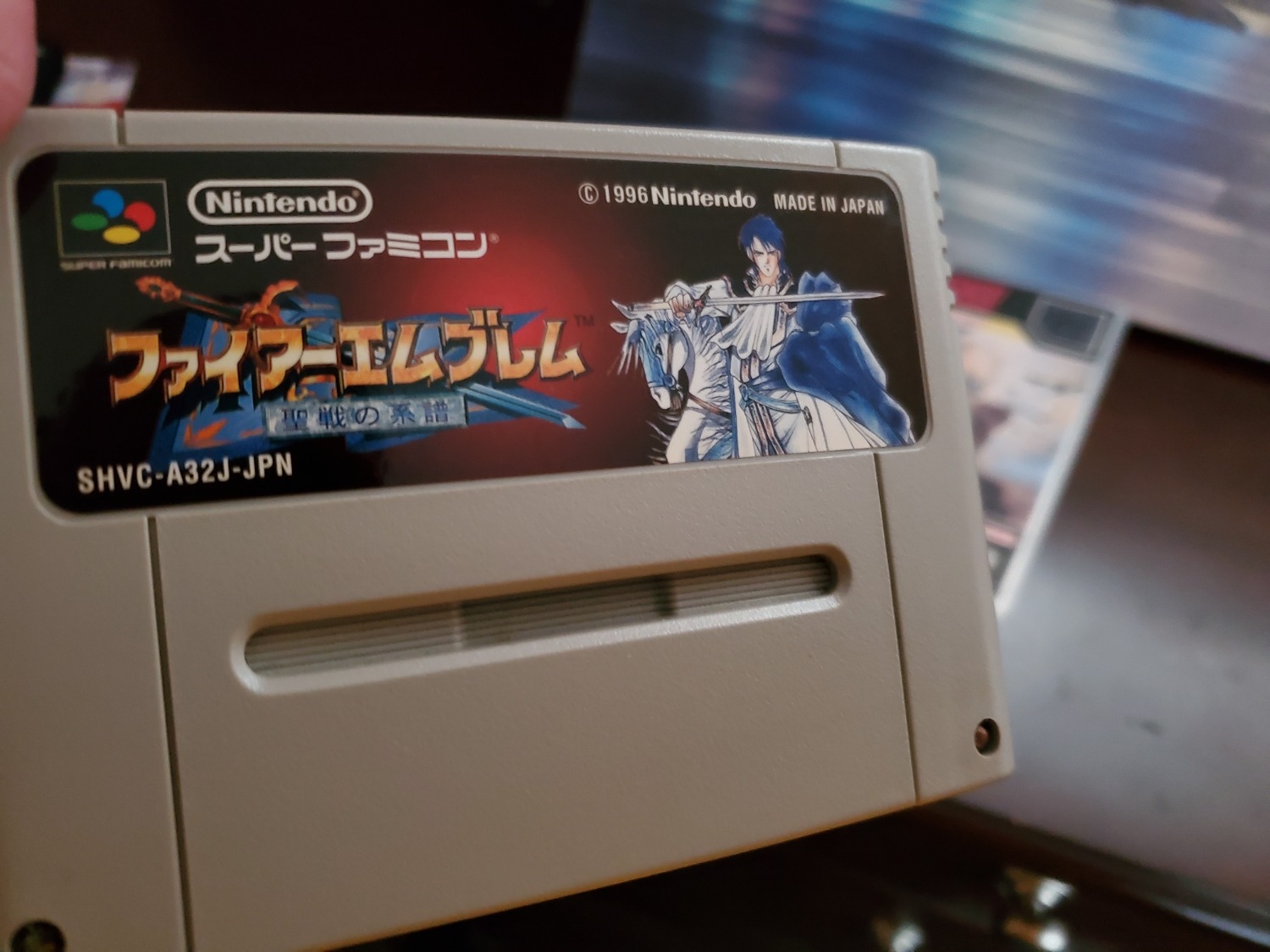 One of my favorite games of all time:
Fire Emblem Seisen no Keifu (Genealogy of the Holy War)
Very happy to own a physical copy of it

It’s my turn to get in on this.

What do you consider retro gaming?

Any console that is no longer in production by their manufacturer, usually I would consider 2 generations ago to be officially retro

what was your first game?

First game I played was probably Super Mario Bros. and Duck hunt. A cousin of mine when she lived at my uncles had an NES in her room I would occasionally be allowed to play. She had SMB/DH 2 pack, Rad Racer, Ghostbusters (>P), and one of the Ninja Turtles games they didn't let me play so I don't remember if it was the first or second one. Another early exposure was with my other cousins Playstation 1. Played the remake of Frogger on it and CTR with them.

If you are referring to the first game I ever owned, then yeah a Lime Green Game Boy Color with Pokemon Crystal version for handheld, and PS2 as my first console with Ratchet and Clank 2

Your thoughts on Emulation?

Emulation is totally ok with me. When I started collecting old games, Emulation appealed to me cause I could try before I buy a retro game I was interested in. Emulation is technically not Illegal, only the distribution of the consoles proprietary software (AKA the bios files that boot the system UI up) are. Though if I were to choose, I would prefer playing on the authentic console any day because there is something magical about the experience of playing on the real console that you just don't get when you play on an emulator.

I am 100% Physical media unless I am forced to buy digital or use emulation to try a game (IE Castlevania Collection, Virtual Console, Panzer Dragoon Remake had to buy digital, other games I would play on flash emulators to try out before buying)

Slowed down a bit cause I don't have the room in my bedroom atm, so I am mainly going for the games I want to own with my retro consoles (like min of 25-30, maximum of 100 someday). I think around the time I got into competitive Pokemon and having a big back catalog of RPGs to play played a bit of a factor in how slow I have been on collecting outside of accessories. Most recent thing I bought was my Nintendo Switch.

My collection consists of primarily Sony and Nintendo Platforms (Minus the N64, SNES, Vita, and PS5), with 2 Sega consoles; the Dreamcast and Genesis, X number of Plug in Play games, and an Atari Flashback 2 from 2005. I am interested in upgrading to a Retron 77 to replace my aging flashback console. I think last time I counted I had over 300 games.

Your thoughts on Clone Consoles or Flash Carts, yay or nay?

being someone who owned an Retrobit NES clone before inhieriting an NES, Game consoles can get expensive, so a good quality plug in play consoles or clone console can be good gateways into collecting or retro gaming. Not only that, but some game consoles cant even run without an analog signal unless heavily modded or plugged into a converter box so After market consoles can be very attractive.

WARNING: IF YOU SEE A CLONE CONSOLE WITH THE ATGAMES LOGO ON IT, RUN FAR THE FUCK AWAY, MOST IF NOT ALL ARE ATROCIOUS P.O.S.’s

If Mini Classic consoles count, they are awesome and deserve to be loved.

As for flash carts, yeah go ahead if a game is absurdly expensive (looking at you panorama cotton and harmful park), hell, go ahead and even mod that sports game you got just for the plastic game case to play your rom hack on.

That is a tough one, cause my favorite game of all time, Pokemon Heartgold and Soulsilver could count, but Sonic 3 and Knuckles is definietly up there too. I am a very indecisive twat when it comes to my favorite games in general

Favorite Retro Console?
Tough to say, but being an obsessive Sonic nerd growing up, I definitely have a soft spot for the Sega consoles, But I would say I played the hell out of my DS when I was in High school (I didn’t have many friends so who can blame me)

Sega vs Nintendo?
Again, I had an autistic obsession with Sonic growing up, so I have always had a soft spot for Sega.

Still pretty indecisive about this one, but given my listening habits I got top ost

I guess I have a few:

-I like the Tales Of series better than Final Fantasy

-Sonic Advance Series are amazing 2D platformers that are as fun as the classic games.

-Gen 1 is not my favorite generation, but it is definitely overhated for the wrong reasons (seriously guys, these games came out in 1996, think about the hardware limitations of the game boy)

Bonus question by me:

Strangest Item in your game collection? 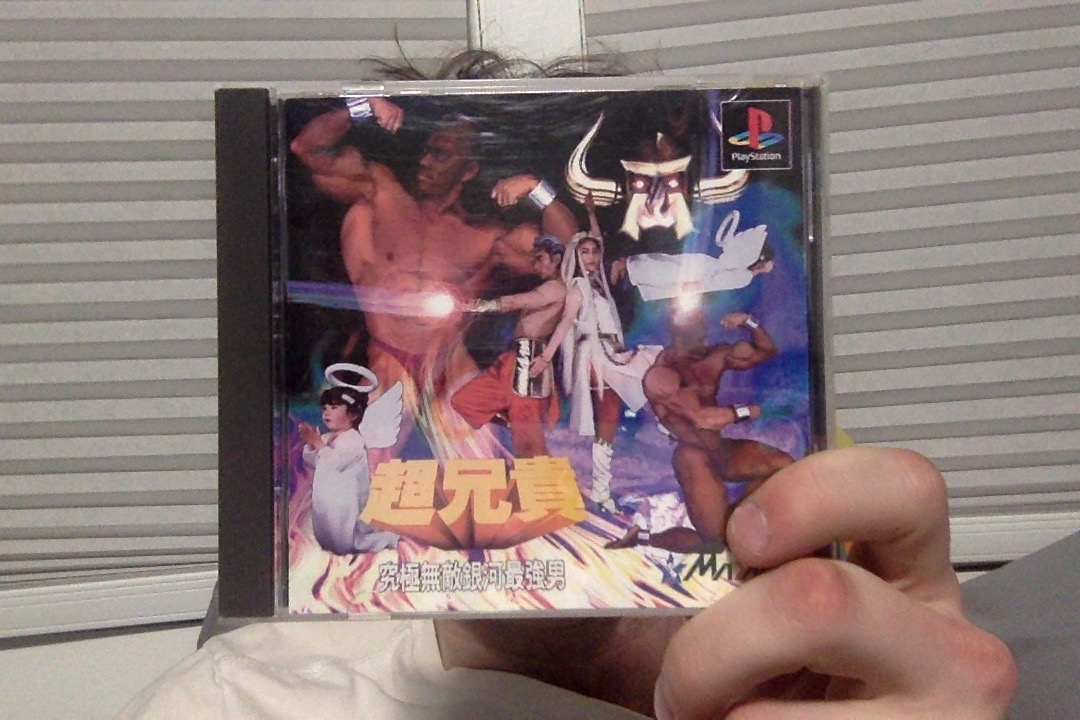 Picture of my copy of Cho Aniki - Kyuukyoku Muteki Ginga Saikyou Otoko. It is a shmup that was released on the PS1, Some of you may know this because of JonTron

Cho Aniki... that is a cursed game

@reisenpai66 They got it 'cause of JonTron didn't they? (That is how I found out about it)
@nebelstern Well when your artists decide to think Mortal Kombat + Gradius + H.R. Gigers Arnold Schwarzenegger Portrait + Jojo Bodies = ?, then you know it gets whack.

This is going to make me sound young, but Midnight Club Street Racing, 2 and 3 count as retro right? Because I really enjoy the older racing games, it's kinda sad that they don't put effort into games like that nowadays. It seems every developer has the mentality that, "if we can update it, why fix it for launch?". It's just sad, I remember telling myself "With advancements in gaming and technology. I can only imagine the amount and extent of customization and cars we'll get in the future!" Just to find they removed a bunch of customization, cars and other things.... Even if a game is really good and has potential, they botch the launch with the quality and the game is toast.