(No bashing modern gaming, this isn't the thread for that)

a few questions first though (if you wanna answer):
What do you consider retro gaming?
what was your first game?
Your thoughts on Emulation?
Physical (Cartridges, CD's) or Digital (Roms, Bios)?
Are you currently Collecting (Games, Consoles, Accessories) and whats your Collection like?
Your thoughts on Clone Consoles or Flash Carts, yay or nay?
Favorite Retro Games?
Favorite Retro Console?
Sega vs Nintendo?
Favorite Ost's from Retro gaming?
Any Hot Takes?

The very first game I played was "Jet de Go! Let's Go by Airliner", a flight simulator with cool OSTs. It's kind of a hard-ish game and it has no translation so I played it in Japanese.

i want to build a nintendo out of tinder and call it a nintinder. 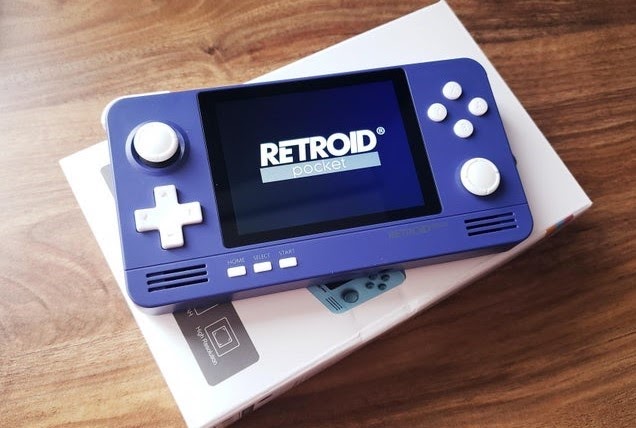 What in the world is that??

Oh boy, this is the thread for me. To answer the questions.

1) What do you consider retro gaming?

Any console that is no longer being supported by the parent company that produced it. 360, PS3 and Wii are coming into being retro.

2) What was your first game?

First one I can remember is Super Mario Bros 3 back in 1992 around Christmas time.

3) Your thoughts on Emulation?

Emulation is fine, gives people the ability to play a game. However nothing can quite simulate the experience of sitting in the living room with a wired controller in your hands with the glow of a CRT lighting up the room.

Always physical if I that is an option. Today in gaming, if they put a game digitally on your console then they can digitally remove it. You cannot take a physical copy from me without me beating you to death.

5) Are you currently Collecting (Games, Consoles, Accessories) and whats your Collection like?

I collect anything and everything. Have been for about 18 years, it was certainly a lot cheaper back then. Collection is spanning over 70 consoles and variants and over 2,000 games.

6) Your thoughts on Clone Consoles or Flash Carts, yay or nay?

Clones are a big no from me in general. Biggest problems are the Sega Genesis clone consoles. They never get the sound right thanks to Yamaha not keeping a tight lid on the schematics to the YM 2612 sound chip. This means that people are just giving guesses as to how to get that Genesis sound right. Even emulation is goofy on a lot of consoles. Flash Carts are fine, I only use them for games that are insanely pricey. Such as Battle Mania Daiginjo or something like that.

All time favorite game and gem of my collection has to be Panzer Dragoon Saga for Sega Saturn. Other games that had a big impact on me was Splatterhouse 3 and Sonic and Knuckles for Sega Genesis, Monster Party and Super Mario Bros 3 on NES.

Sega Saturn by far. It is this insane Frankenstein monster of processors. For example N64 had 2 processors, NES had 3, Sega Genesis had 4, Playstation had 3. Sega Saturn had 8. Even Sega thought that was a stupid idea since the Dreamcast dropped it down to the normal 3 a console usually has. What we ended up getting was one of the most interesting consoles of all time and a rather good library of games with few shitty games.

I am a Sega man. I like Nintendo, but Sega is a far more interesting thing.

What do you consider retro gaming?
Any game from a now retired console. For PC games I'd say about fifteen years.
what was your first game?
It's hard to remember. I do remember playing Street fighter on an arcade machine way back. Also a few 8 bit games on a friend's computer. Then I remember Sonic as a fairly early game. The first game I bought was X men for Sega Genesis
Your thoughts on Emulation?
I'm a big fan of Emulation. It perserves games that would otherwise be lost. It's a great way to discover new games aswell.
Physical (Cartridges, CD's) or Digital (Roms, Bios)?
All of them. They're all nice feels. These days I play most retro games on ROMs/iso/bios just cause it's easier
Are you currently Collecting (Games, Consoles, Accessories) and whats your Collection like?
I don't collect too much retro tech but I did recently purchase a English release of Undercover Cops with some merch that was a limited run release.
Your thoughts on Clone Consoles or Flash Carts, yay or nay?
I don't have much experience with them.
Favorite Retro Games?
Sonice, Street fighter, Streets of Rage, Final Fight, Undercover Cops, Burning Force, Contra hard corps, Golden axe, Knights of the round, Final fantasy, Phantom 2040, task force harrier ex, Metal slug, King of fighters, Metal Gear Solid
Favorite Retro Console?
Sega Genesis
Sega vs Nintendo?
Sega
Favorite Ost's from Retro gaming?
Way too many to list
Any Hot Takes?
I don't think so...? 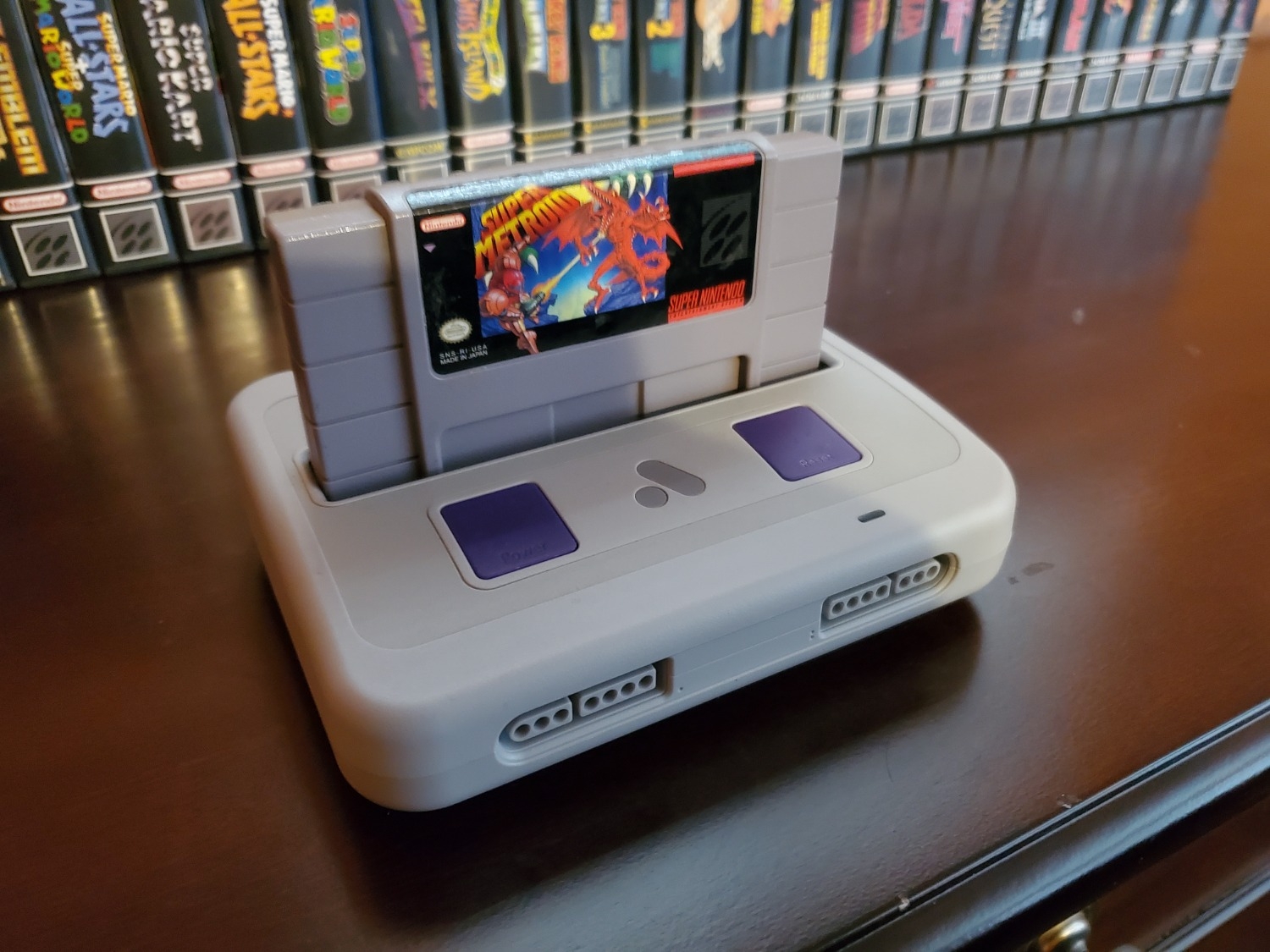 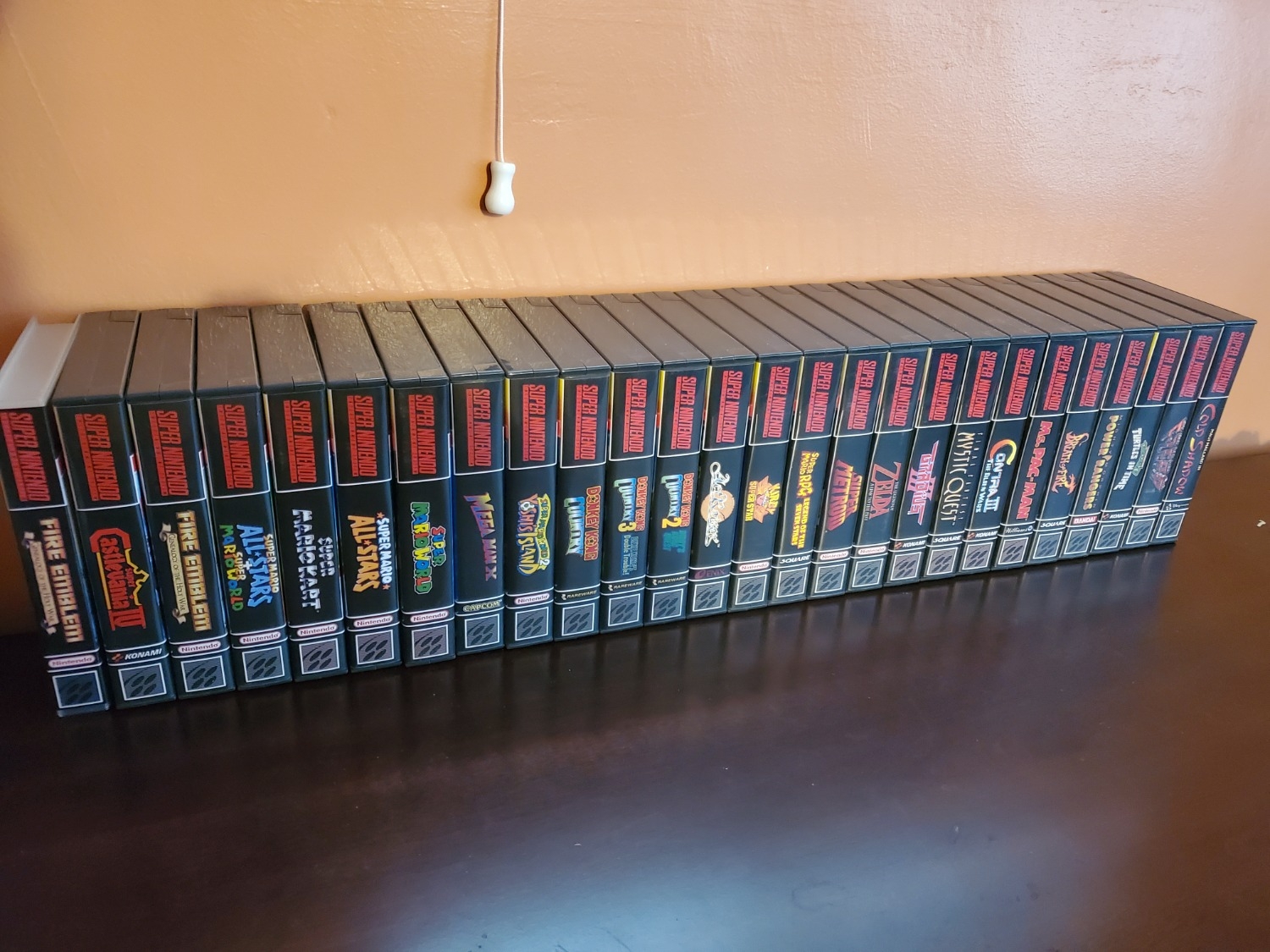 I'll write my answers soon, but what I have in relation to a collection. The Analogue Supet NT is probably the only clone (though I wouldn't call it one) console that is worth it. My SNES is somewhere around lol

What do you consider retro gaming? Retro to me is anything I played as a kid which would consist of Nintendo, Super Nintendo, and Sega games.

what was your first game?
Someone in my family had an Atari at some point so I remember playing Pong and Frogger. The first system belonging to us though was Nintendo and Mario Bros/Duckhunt was the first game we had. My favorite games of this system are Gumshoe, Friday the 13th, Trog, Popeye, Donkey Kong, Rampage, RC ProAM, Ducktails, and Mickey Mousecapades. But this was a system I shared with my fam.

**My first console I owned solely for myself was a PS2 and the first games I bought were Bloodrayne and Mortal Kombat Deadly Alliance. My brother's friend had a couple of games he finished and was done with so he gave me FFX and Silent Hill 2, completely lucked out there. A couple of my fav games I didn't even pay for haha.

Your thoughts on Emulation? I had a PSP that had an emulator in it, worked well but one of my fav games was bugged. 8[
Physical (Cartridges, CD's) or Digital (Roms, Bios)? Yes.
Your thoughts on Clone Consoles or Flash Carts, yay or nay? For them, really. Whatever allows you to keep playing games you love.

Are you currently Collecting (Games, Consoles, Accessories) and what's your Collection like? Hm my grandmother has a knack for wanting Gumshoe and then giving it away or selling it, same for my mother. They tend to "lose" things. Anyway, now whenever I see someone selling old Nin games I have to look for Gumshoe. I think I have a couple of copies in storage somewhere. It doesn't make sense except that they are ultra rare games now with a finite amount of hard copies in the world. So I see them, I buy them. A couple of years ago I basically purged my college collection. It was tough to do. Lots of PS2 and Xbox games, Mars Attacks, Stubbs the Zombie, all of my Silent Hill collection.

Any Hot Takes? Regarding retro? I guess the stuff I played in college is pretty much on the verge of being retro. I used to be really good at Resistance and Uncharted online multiplayers. Whenever the great hacking of the playstation network happened I lost my saved recorded games for Uncharted 2. I wish I had saved copies on them on a flash drive.