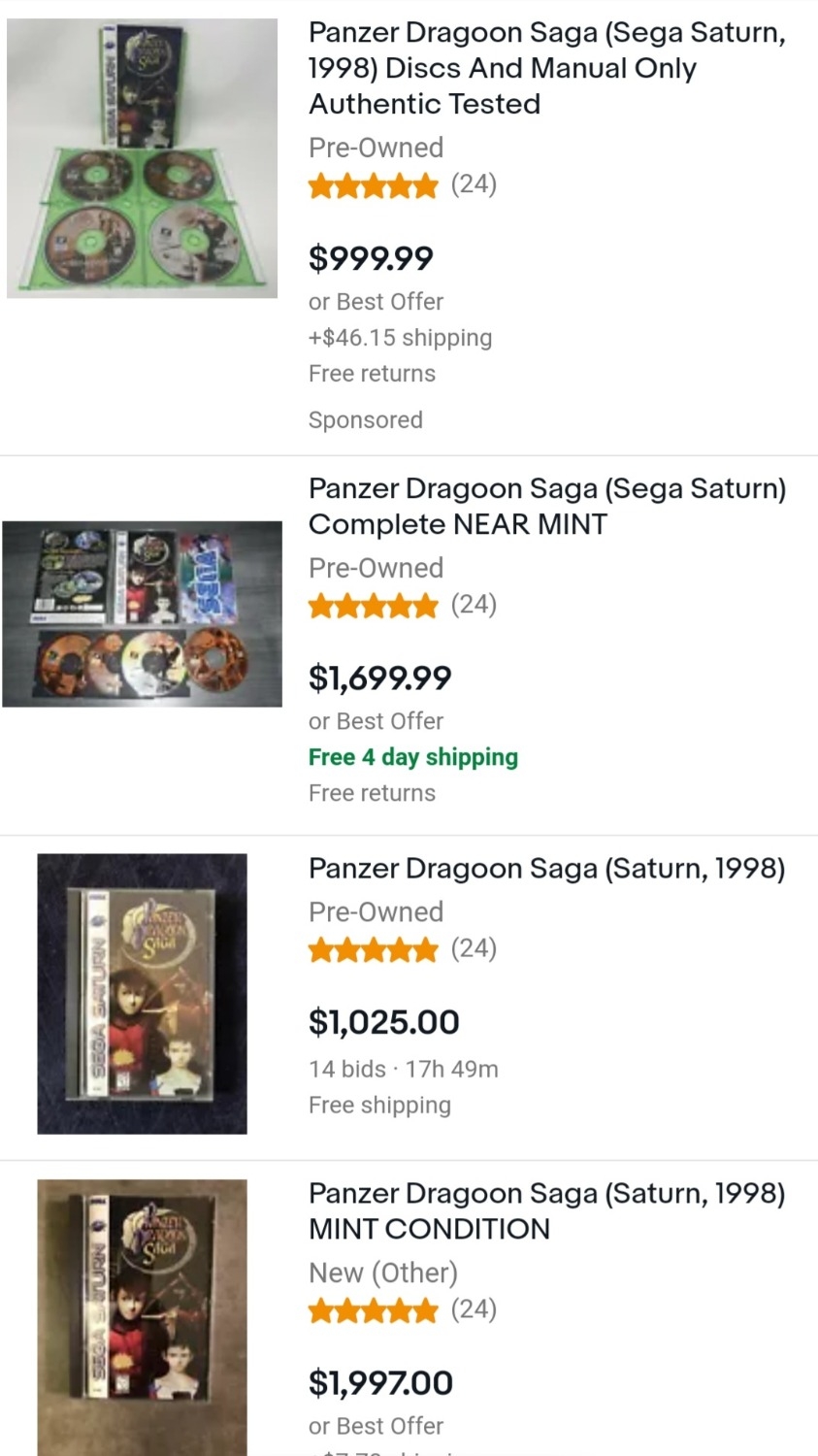 I'm a video game collector but I play the games I buy and I don't care about the condition as long as its playable. I agree those people are making games that were already holy crap expensive become what the heck expensive.

Case in point one of the rarest games known to man that isn't a special edition or anything just a straight up regular game. Panzer Dragoon Saga. I bought this game for $600 only like 3 years ago and I did because I always wanted it. In only 3 years there are people selling it for $1000 to even $2000. It's crazy I predict this will one day become a $5000 game in the near future, remember I said that.

I got lucky and bought that game for $190 back 10 years ago. I thought it was going to make a massive dent in my wallet. I am not complaining now. It is the crown jewel of the collection.

However something did happen to the world of collecting. I've been doing it since about 18 years ago and I have to say that I believe it has to do with Youtubers like James Rolfe and Pat the NES Punk. Now don't get me wrong, I love James Rolfe/AVGN. What I don't like is that I can't spend $20 at the flea market and get and NES plus 20 games anymore. I think that the video game collecting scene has become over saturated, not enough supply to meet demand and we have people manipulating prices just to be a dick. 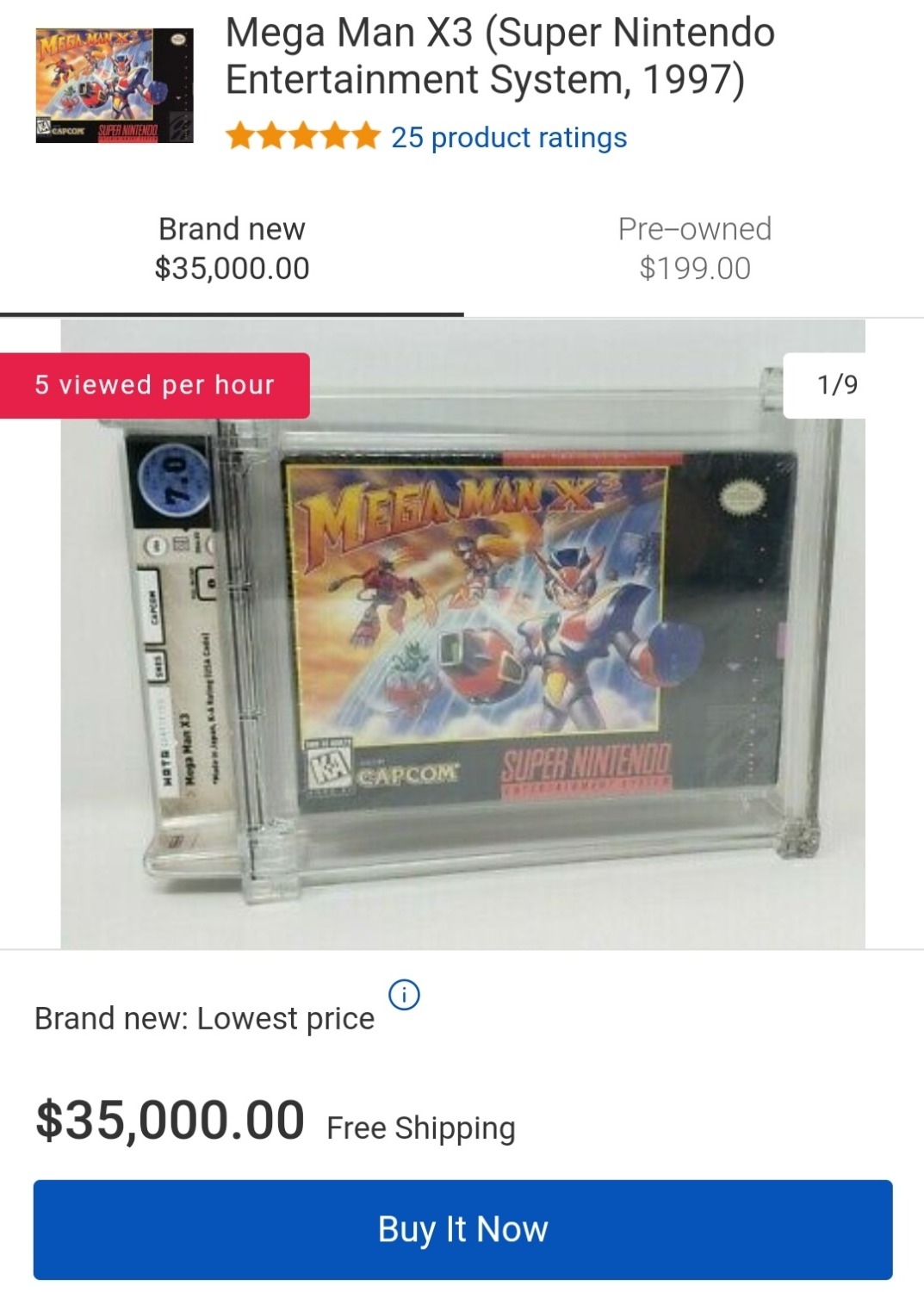 Anyone know where I can get some good quality repro carts?
Been looking for Megaman X2 &X3 haha

This is money laundering. Somebody owes somebody a large sum of money and buying that game is the manner in which to pay that debt.

That is one of those games that sadly never got a home release, and it was one of the best beat em ups ever made. I know of one arcade that had it and I dumped quarters in it until I beat it. 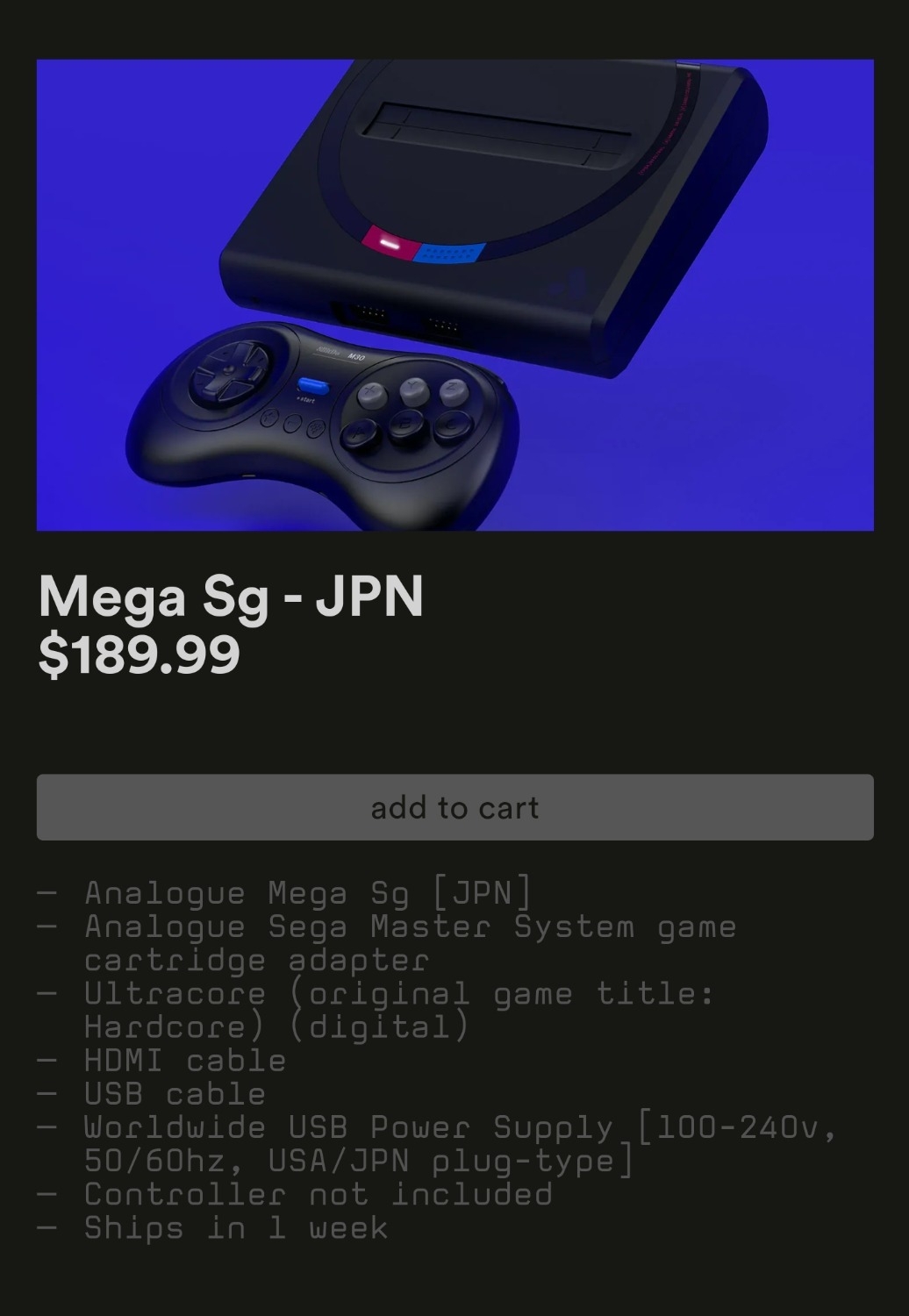 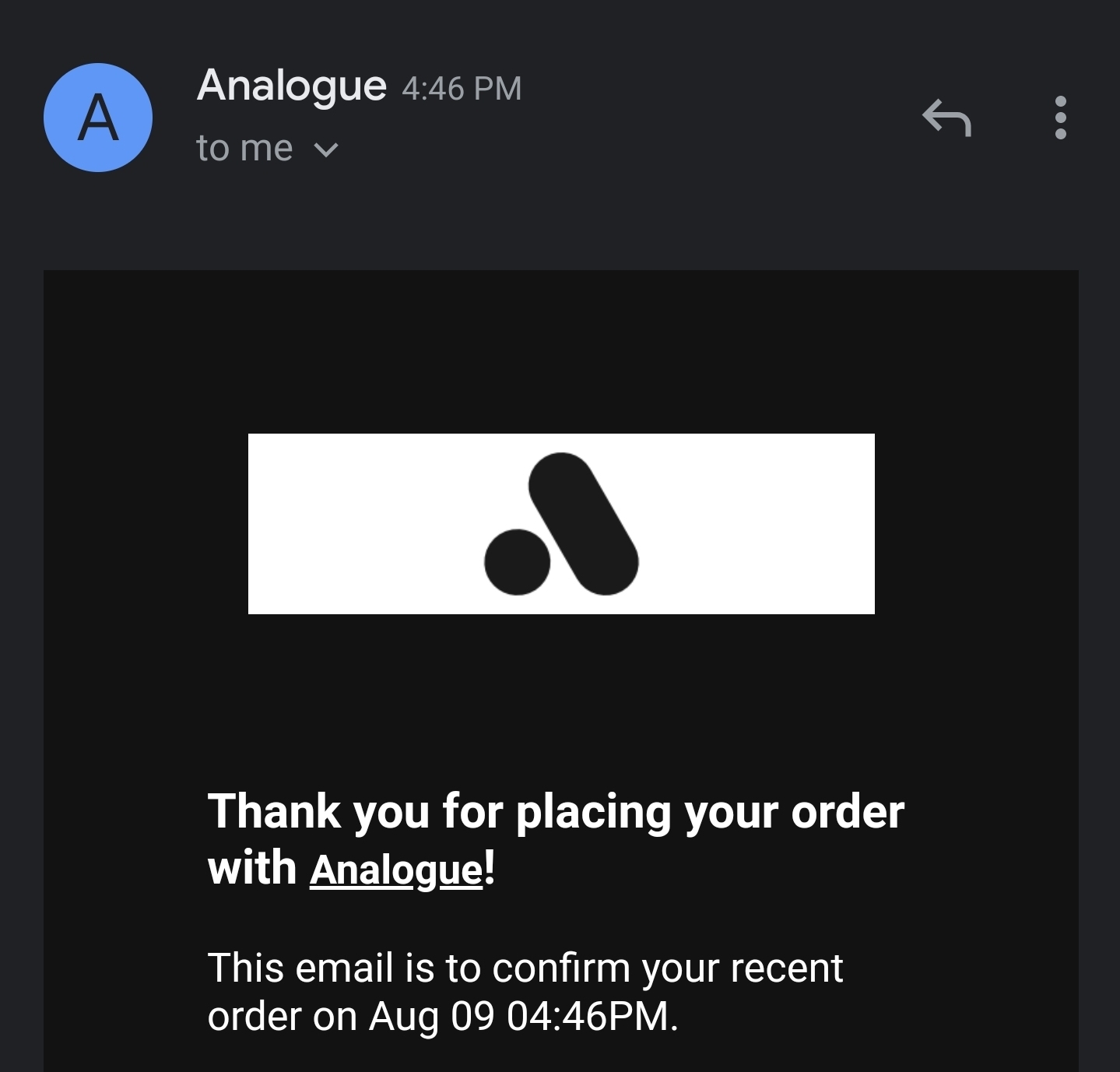 Now to get a flash cart..

That looks like a good time. You need a list of good titles, I am the guy to go to.