How does your family react to your otaku passion?

My father makes the most hilarious comments when telling me his point of view on Japanese pop culture.

Whenever I would watch Dragon Ball Z and Vegeta was on screen he would say, "This show has a lot of yelling. That guy with the troll doll hair reminds me of a coworker back at the paper mill. He always shouts for no reason and trys to get into a fight with other coworkers. Never thought they'd make a cartoon show for kids about him."

My favorite story though was when my dad tried to remember what Final Fantasy was recently.

"Son, what was that video game you always used to play? Had some guys in strange Dutch style clothing and would always get into random fights just by walking around?

It was a weird game too. One Dutch Boy had a gun but he would smack monsters and other people with it rather than shoot! Very odd to have a gun and not shoot?

The Dutch Boys I knew back in my military days never used their firearms like swords. Also, didn't the women in those games wear revealing clothing and didn't look Asian? I remember you telling me that this game was Japanese, but why were all the female characters these beautiful American looking White women? And more importantly why were they hanging out with Dutch Boys?"

Finally I got a word in to say, "Dad, the game was called Final Fantasy and NO, the characters weren't Dutch or American. They were just original concepts reflecting various real life cultures and fashions with a FANTASY aesthetic! Hence why it was called FINAL FANTASY!"

To which my father replied, "That was it! Dutch Boys' Fantasy! Always found that a bizarre name. Had me worried about your sexuality for a time when I saw you really liked the one Dutch Boy in the purple thong..."

"DAD! Kuja's not Dutch nor does he have anything to do with my sexuality."

"Glad we could finally get that straight son. You're almost 30 and not married so I figured I had failed you as a father by exposing you to such questionable Dutch Boy behavior. I mean I remember my first time with a Dutch Boy, but that's a story tell you on my death bed!"

These days I'm not that into anime and manga. I was into it mostly in elementary and middle school. But I enjoy reading webtoons fairly often and playing jrpg games like Persona. My parents are fine with it. As long as I study and continue to get good grades. I do feel some judgement though for my growing collection of plushies. 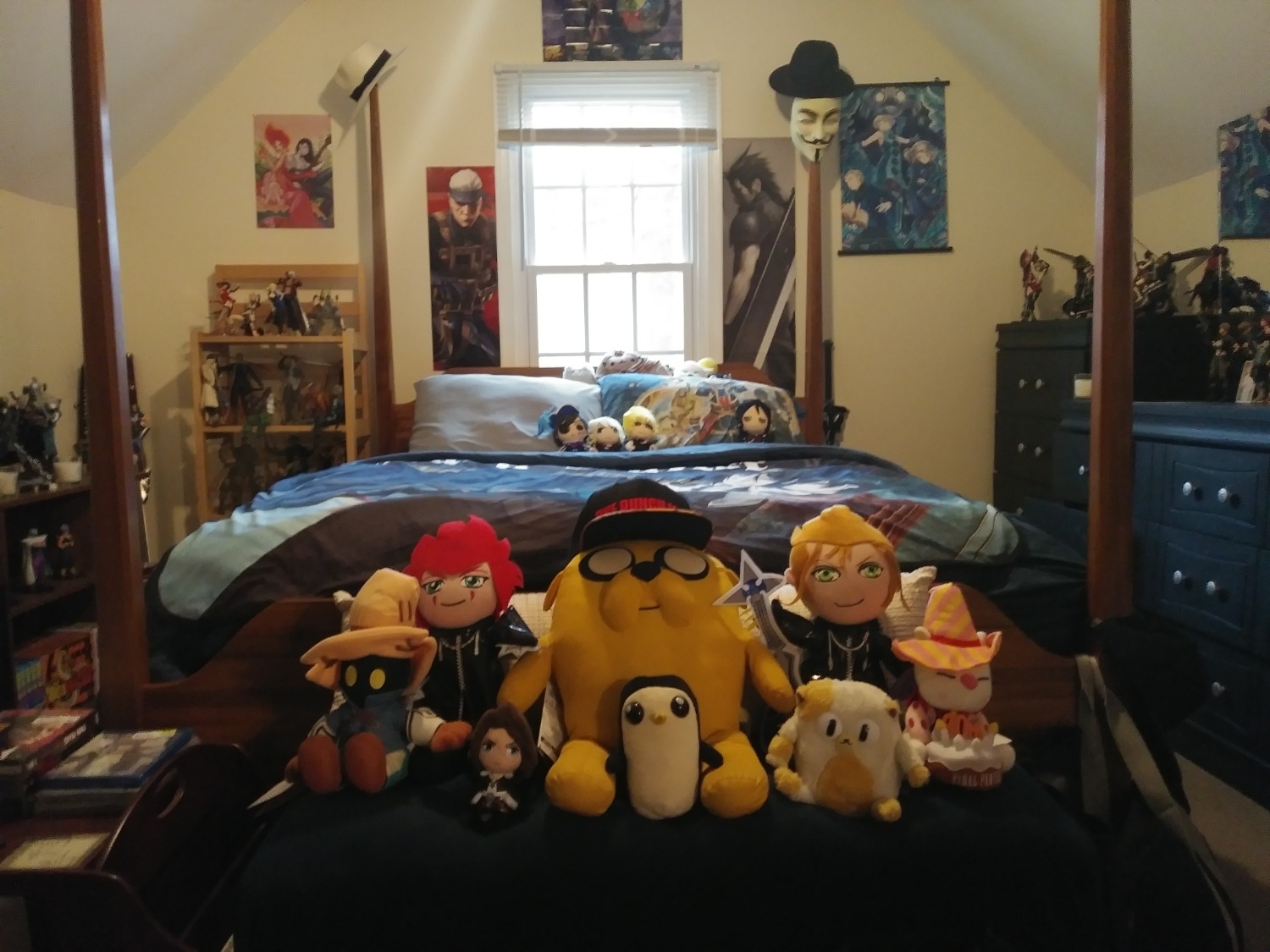