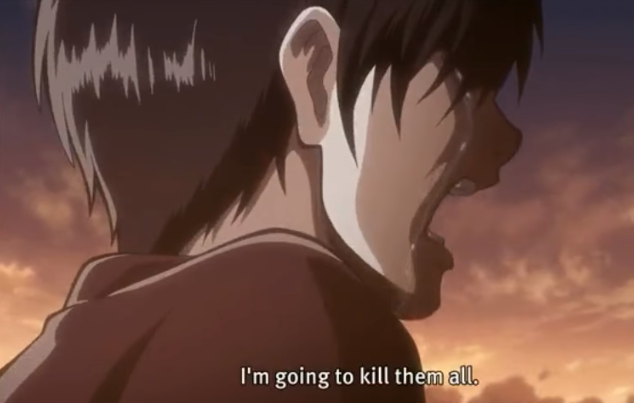 I thought the ending felt a bit rushed. I hope the anime expands a bit more on the ending.
o7

*Walks in with blindfold*

I think we have one episode left. I understand all the Erin shit-talk at this point.

I just dont like how eren is acting. Idk i feel like he changed from how he used to be, some reckless hate fueled kid. To a heartless villain.

I think for the most of the anime Eren has been consistent with his desire for freedom over everything. He hated the titans because he believed they stole his freedom. Since they reached the ocean, Eren realized there were other people threatening his freedom and began to hate other humans for it. Post time skip, Eren has just become more calculating and less impulsive than he was as a child. You can see when he reacts to Sasha's death that he's not really heartless, but he's reluctantly going through with what he thinks is necessary.
o7 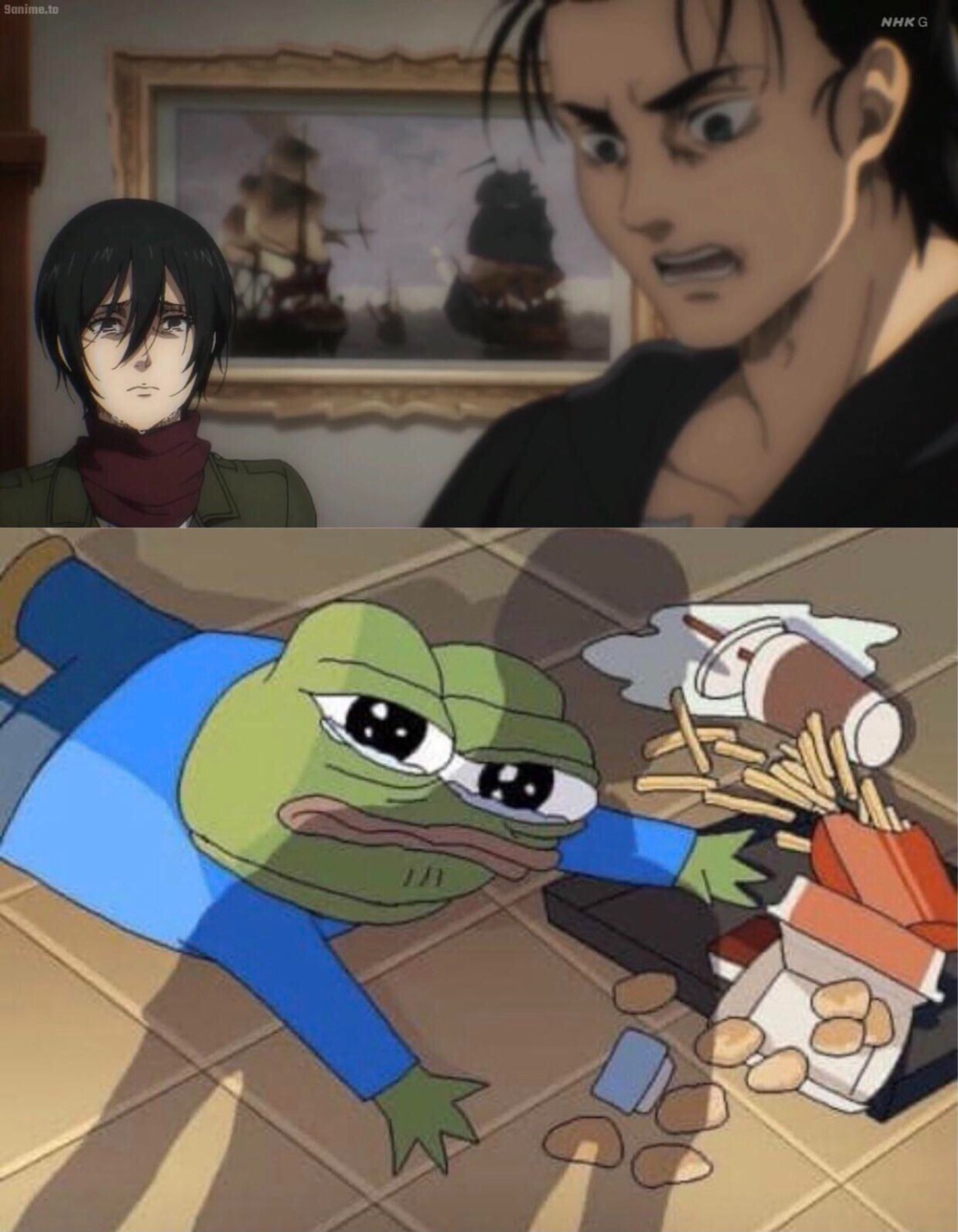