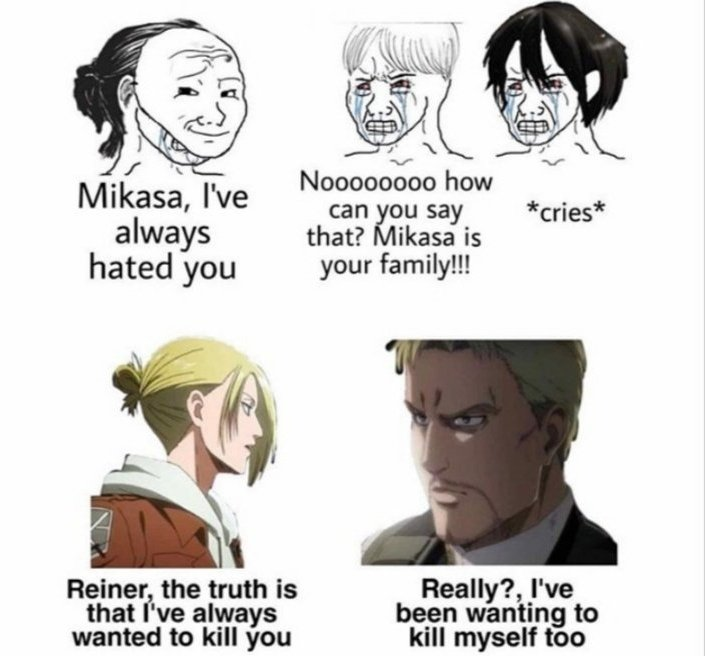 Pretty cool video, I sometimes forget how it would actually be quite terrifying to live in the world of Attack on Titan. (Video has Manga spoilers)
o7

AOT's ending was great. I'm so tired of people on my fb whining about it just because they loved ErenxHistoria and their ship lost, as if that was ever important in this manga. They're like NaruSaku shippers all over again, harassing the staff and buying the merchandise just to set it on fire, it's pretty retarded, hope no one here does that.

Eren became more Chad-like to me once he revealed he was the same as always, being edgy isn't being Chad.

Mikasa had a great character development, seriously, there's no discussion.

You can see the "bird of freedom" references all over the anime and some in the manga too.

Eren and Mikasa are living happily in an alternate universe where she's a goth girl and he's still an idiot. Proved in the manga where you can see Eren's memories. Look it up, it's a nice detail.

What the fuck happened with Yelena??

Semi Spoiler Discussion(?) in comments above
Read at your own discretion
Giving a heads up to Anime Only's

The anime community is retarded. The most important thing is to enjoy this masterpiece by yourself.

Am I the only one that questioned a sequel after reading the ending?

Dude. Eren was as whiny as he started. He became a bit more mature, but also became a full-blown edgelord, but still a priss.
He never was a Chad. People wanted him to rule over the 20% in a fucking awesome pose like Jin Kazama in Tekken 6.

Yelena? WHAT HAPPENED TO THE SLUG THINGAMAJIG?!?!

*Source of all Living Matter 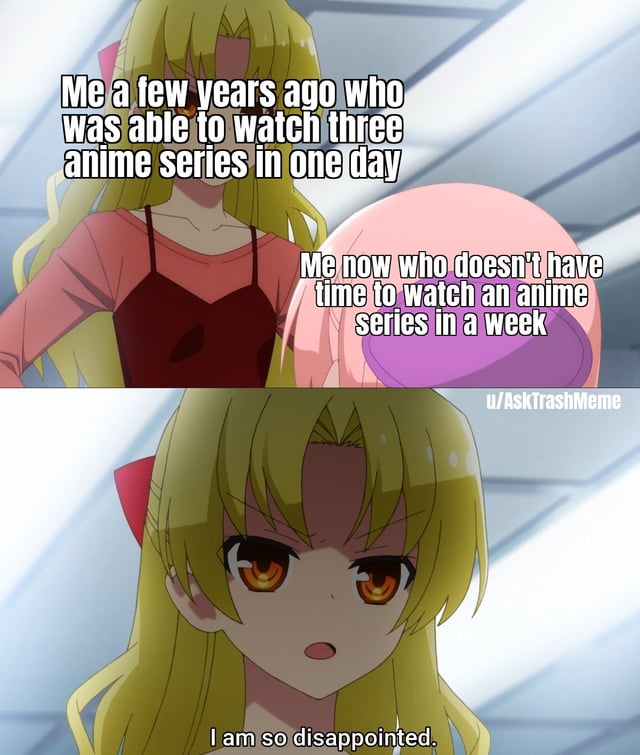 I thought on it for awhile and Attack on Titan's ending may have not been what everyone wanted but was realistic. Everything in the last chapter is what would have happened if it happened to any of us irl. We would cry and be pathetic too if we were in love and have to die soon too. King Fritz and Ymir thing was REALISTIC because of stockholm syndrome. Armin coming to terms with it all was realistic. "Like I know what you are doing is shitty but I get it Eren it's for our sakes", and that is the thought process of a realistic person. There are unanswered questions to the events and lore of the Titans but in the real world we will never find all the answers we are looking for and die old. That's why so many people hate the ending because they watch anime to escape reality and how unsatisfying it is. However, Isayama wanted this ending to be the most realistic one after being let down by Game of Thrones thrown together ending where a cripple person stabs the big bad evil dude and becomes king.