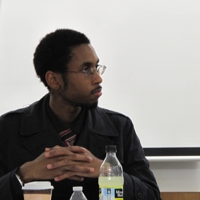 I had a good day xD. wbu?
and do you have any advice on where to buy good cosplay? or do you hand make your own *`*)

dude your cosplay is lit

Eeeeep! I thought I was the only one who ever happy to enjoy stuff they read in class. Without school I would've never found The Great Gatsby, Beowulf, Othello, Macbeth, Coraline, and Pride and Prejudice. School really improved my reading skills though xD.

Yes, yes, yessss! It is by far a Sailor Moon reference :p. I'm more obsessed with Sailor Moon then I would care to admit.... >//>" And the mythology is amazing, Isis is my favorite Egyptian Goddess, but now I can't go around saying that freely to people who don't know Egyptian Mythology XD. Annnnd, as for Mythology in general its to the extent I named my kitten Athena, and good lord she has become her namesake. She kicks butt, clumsy, but still kicks it.

Honestly? It was a combination. But the name including Anubis like , screamed at me. I'm a sucker for mythology and Egyptian was my stepping stone into that obsession xD.

It's no problem, you only seem... Super interesting xD.

Wow, where do you sell those o.O I always wanted to start selling some of my props but I have no idea where to start.
Hmmm, thinks like glass and plastic are always difficult, maybe use something else instead?

Cat ears was the first prop I made I think >w< They turned out shitty back then though xD
I would love to see your mask!