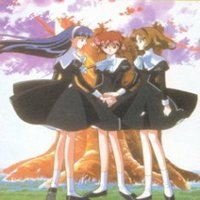 In a dark and broken magic kingdom, monstrous beings of god-like power battle for the final fate of their World. But when three junior high school girls unwittingly make a fateful wish beneath an enchanted cherry tree, they get far more than they bargained for. Granting their hearts’ desire, a mischievous fairy appoints them Earth’s sole defenders in an extra-dimensional war that will put their friendship to the ultimate test. Endowed with awesome mystical energies, the three Magic Knights find themselves thrust into a final, desperate battle for the survival of their planet against the assembled forces of the encroashing sister-world, Cephiro!