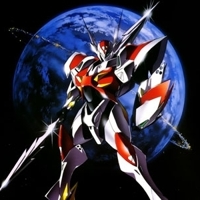 It is the near future,united space calendar year 192. The evil alien Radam have besieged the earth gripping control of the enormous orbital ring that surrounds the planet and bringing down mysterious spores that fill the earth with alien plants. Aki and Noel, two pilots from the Outer Space Development Group, find one of the alien lieutenants who landed on the earth in a crash. The stranger claims to have no memory and is determined to fight to protect humanity! His name is D-Boy and he appears to be a normal human until he transformes himself into the bio-mechanical warrior, Tekkaman Blade!