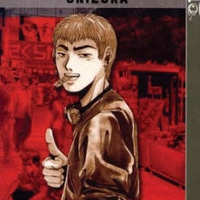 Eikichi Onizuka is a 22-year-old ex-gang member and a virgin. While peeping up girls’ skirts at a local shopping mall, Onizuka meets a girl who agrees to go out on a date with him. Onizuka’s attempt to sleep with her fails when her current “boyfriend”, her teacher, shows up at the love hotel they are in and asks her to return to him. The teacher is old and unattractive, but has sufficient influence over her that she leaps from a second-story window and lands in his arms.

Onizuka, upon seeing this display of a teacher’s power over girls, decides to become a teacher himself. However, he earns his teaching degree, just barely, at a second-rate college.7 In his quest, he discovers two important things: he has a conscience and a sense of morality. This means taking advantage of impressionable schoolgirls is out, but their unusually attractive mothers are a different matter. He enjoys teaching and, most of the time, he teaches life lessons rather than the routine schoolwork. He hates the systems of traditional education, especially when they have grown ignorant and condescending to students and their needs.

With these realizations, he sets out to become the greatest teacher ever, using his own brand of philosophy and the ability to do nearly anything when under enough pressure. He is hired as a long-shot teacher by a privately operated school, in Kichij?ji, to tame a class that has driven one teacher to a mysterious death, another to nervous breakdown, and one other to joining a cult. He embarks on a mission of self-discovery by breaking through to each student one-by-one, and helping each student to overcome their problems and learn to genuinely enjoy life. He uses methods that would be unorthodox, against the law, and also life threatening, yet somehow, he manages to succeed to educate and open up his students.