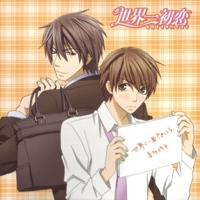 Onodera Ritsu, a literary editor, resigns from his father’s publishing company, due to his coworkers’ jealousy of his success, claiming that he is simply riding his father’s business. He applies for a position at Marukawa Publishing, but instead of his preferred department of literature he is placed in the infamous shoujo manga department, Emerald. He initially considers resigning, especially because he finds his new boss, Masamune Takano, intolerable and unnerving from the very beginning; however, Takano inadvertently convinces Onodera to stick with the job by calling him “useless,” his pride forcing him to stay in order to prove his worth. Later, Onodera learns that Takano’s old family name was Saga, an older schoolmate from high school that Ritsu fell in love with and confessed to.

Amazon
Anime Rating
8.5/10
938 users added this.
Similar in these categories.