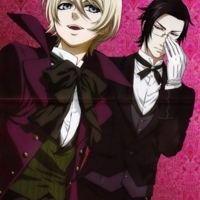 In late-nineteenth century England, one year and three months after the dramatic conclusion of the original series, Kuroshitsuji II introduces a new butler and young master. The sadistic yet cheerful Alois Trancy has faced some harsh times. He was kidnapped as a baby, and was forced to work in a village as a slave. Gradually, he lost his parents, his best friend, and everyone he knew. Alois eventually returned home and became the head of his mansion, but seemed to exhibit some strange behavior ever since. Even more curiously, he returned with Claude Faustus, an enigmatic, emotionless butler with unfathomable talent…