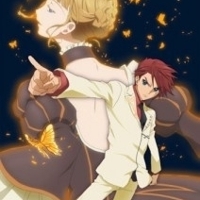 Set in the year of 1986, Umineko no Naku Koro Ni (Translated as Umineko: When they cry in English) tells the tale of the affluent Ushiromiya family during their yearly tradition to gather in the island of Rokkenjima. But during this time in the island, family bonds are not strengthened. Instead, the gathering was created in order for members to discuss their present financial statuses with one another. In this year, the discussion has become crucial due to their family head’s declining health. Brothers and sisters do not treat each other like so due to their different reputations and desire for the family’s inheritance.

But not everyone in the family has a cut-throat relationship. The younger members share a peaceful relationship and enjoy each others’ company. During their reunion at the island’s port, Battler Ushiromiya, one of the younger members, describes each of the members in a positive light and even throws a joke at wanting to squeeze his cousin Jessica’s breasts. Although they have been told by the adults that the yearly gathering is for them to talk about what’s been going in their lives, the younger members are well aware that it was only a surface for more serious agendas.

While the older members are busy competing for who gets the family inheritance, Kinzou has brewed some trouble of his own. Knowing that his time was about to end soon, he hopelessly longs to see his one true love before finally resting in peace. But his true love is not someone ordinary. In the previous years of his life, Kinzou had become interested and practiced black magic. This led him to meet Beatrice, the Golden Witch, whom he later falls in love with. In an attempt to see her once more, Kinzou shouts out to Beatrice that he would let her take anything in return for her to appear before him.

A frightening storm then develops in the island of Rokkenjima, trapping not only just the Ushiromiya family members but everyone who is on the island. Not long after, a series of une 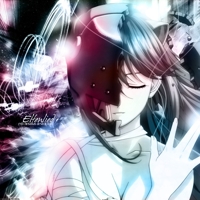 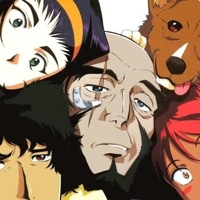 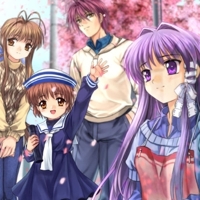 Watch the visual novel, anime is only good for the fighting scenes.