Seriously, if there's a thread already for this, I didn't see it. It bothered me that I left this sitting in Pandus' PS5 News thread so here's this one. All your video game news. Put that shit here.

@hell_hound7 Thought you would find this interesting

Ofc ghost of tsushima won the game is fucking amazing. Last of us 2 was garbage. Im sorry.

At least sucker punch added a multiplayer mode which i have been playing every week. Naughty dog completely abandoned their multiplayer community

TBH i felt that way with the changes from multiplayer Uncharted 2 to Uncharted 3. They made unnecessary changes.

At least uncharted 3 got multiplayer, last of us 2 didnt get anything but a shitty revenge story. You want a revenge story, ghost of tsushima is cold hard revenge. He doesnt even spare the khan.

Some people when they get Cyber Punk today.

^^^ Waiting for my digital code. This will be the first game since like.. Skyrim that I got day of release.

I haven't bought a new game since... actually never. I got Pitfall 3D for PS1 as a gift which was bought first day, but that technically wasn't me. 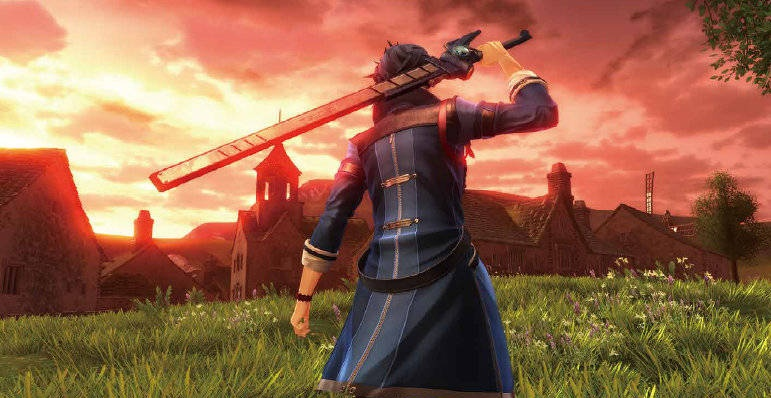 In the rare case there are any Falcom fans here they just announced the newest game in the Kiseki/Trails series. Kuro no Kiseki/Trails of Black. Confirmed to be running on a new engine. They also confirmed a PS4 HD remaster of an old psp game called Nayuta no Kiseki.

It's funny to see people trying to cancel Cyberpunk and CDPR like Bethesda with Fallout 76. I think Sony and CDPR should give refunds on people who purchased the game for last gen consoles. Although, what was said in the conference call to answer Q3's question, is probably the most transparent and fair statement a gaming company can make when it's obvious there was a flop in the release. People SHOULD give them a chance to make it right, but they also shouldn't have to wait for refunds if they have last gen consoles. The game wasn't up to par. People have reported that there are no cars or NPCs in the streets. Just looks like an empty city. I have seen streamers flat out crash their games while streaming.
From the customer perspective, I knew what I was getting into doing the prelaunch purchase. I had a friend who had been following this game for a couple years and it was the game they were most looking forward to getting. I bought into his hype and the release hype and purchased it back in June. I typically never purchase prelaunch because there will always be bugs. Best to give that shit a solid 6 months before buying.

Q3: Couple of questions if I may. Firstly, your earlier comment about the board being too focused on
delivering the game and ignoring problems with old-gen. Should we take it that you had found it was
very important that the game shouldn’t be delayed into the next year, or simply that you had always
wanted to deliver the game and not delay it – and you just underestimated the extent to which the
last-gen version was not going to be the way it should be? Was it more about “the launch is important”
or more about “we underestimated how bad the last-gen version was”? And secondly, and related to
that, at the certification stage – presumably, Microsoft and Sony always get games that still have bugs,
and decide they’re going to be ok – partly on the basis of discussions with you that there will be fixes.
Have I understood that correctly? Or do you feel somehow that the certification process is kind of only
one side or the other, and failed to identify just how underperforming the last-gen version was?
Perhaps I should add a final question to make it three; everyone has three – are you confident that
last-gen machines will be able to produce an acceptable version of this game? And I say this as a PS4
owner, so I hope so. But – is it something that’s simply too demanding, and – in hindsight – no amount
of fixing is going to generate an acceptable experience? Thank you.

MN: First – your question was about the focus and the cause of ours ignoring, so to speak, the
shortcomings of the current-gen version. It is more about us looking – as was previously stated – at
the PC and next-gen performance rather than current-gen. We definitely did not spend enough time
looking at that. I wouldn’t say that we felt any external or internal pressure to launch on the date –
other than the normal pressure, which is typical for any release. So that was not the cause. In terms of
the certification process and the third parties – this is definitely on our side. I can only assume that
they trusted that we’re going to fix things upon release, and that obviously did not come together
exactly as we had planned. Regarding the third question – where we want to go with the PlayStation
and Xbox – as stated in the statement made public today in the morning, we are planning to get the
game in much better shape than it is now, of course, and a lot of that is going to be happening in
December. Come January and February you’re going to see larger improvements – which we’ve stated
already. We have also stated that if your expectation is that the game is going to be equal to, say, nextgens or PC in terms of performance, that definitely isn’t going to happen. Having said that, I’m not
saying it’s going to be a bad game – but if you’re expectations regarding, say, visuals or other
performance angle, are like this, then we’re openly stating that’s not going to be the case. It will be a
good, playable, stable game, without glitches and crashes, though. That’s the intention.

Q3: Okay; that last sentence, I think, is the key one. I don’t expect next-gen performance on last-gen,
but I would like to be able to play through the game. Thank you very much.

MN: You will be able to. Thank you.