I have officially earned my platinum trophy for P5 Royal! With that task finished I wanted to share my feelings about the added content to the original version of the game.

In my opinion it was worth rebuying and playing, however I found it to be much easier than before.

True my previous experience with the original gave me a clear advantage, yet I still noticed my options for becoming GOD mode in the combat department was almost a given. They even lower Justine and Caroline's social link requirement to grant end game Personas before finishing 30% of the story.

Additionally characters each now come equipped with their own random LIMIT BREAK style move that easily wipes out even bosses in a single attack.

Of course one could choose to give themselves handicaps on purpose.

In any case the extended story was interesting. It was as big and flashy with plenty of heartfelt moments. I will say I did however guess the final boss' identity almost immediately. Without spoilers I have a knack for reading not so subtle, "Hello there! I am a mild mannered person that just wants to be your friend please ignore the tentacles...would you like a cookie?" setups in anime styled narratives.

I just went upon first viewing, "Yep, you're going to be the new final boss" without a second thought.

If nothing else I loved every minute Akechi was on screen. I felt Akechi finally got to shine in the extension and having him be himself without restraint made me giddy with anticipation for each battle. Sometimes I would go out of my way to engage in a fight just to hear Akechi talk crazy, haha!

As for the new girl I honestly was very neutral about her inclusion. Her backstory felt like a redo of Futaba's honestly. So it is what it is. I did like her outfit and gun!

So yeah! Great game and better than the original. However it was still super easy... 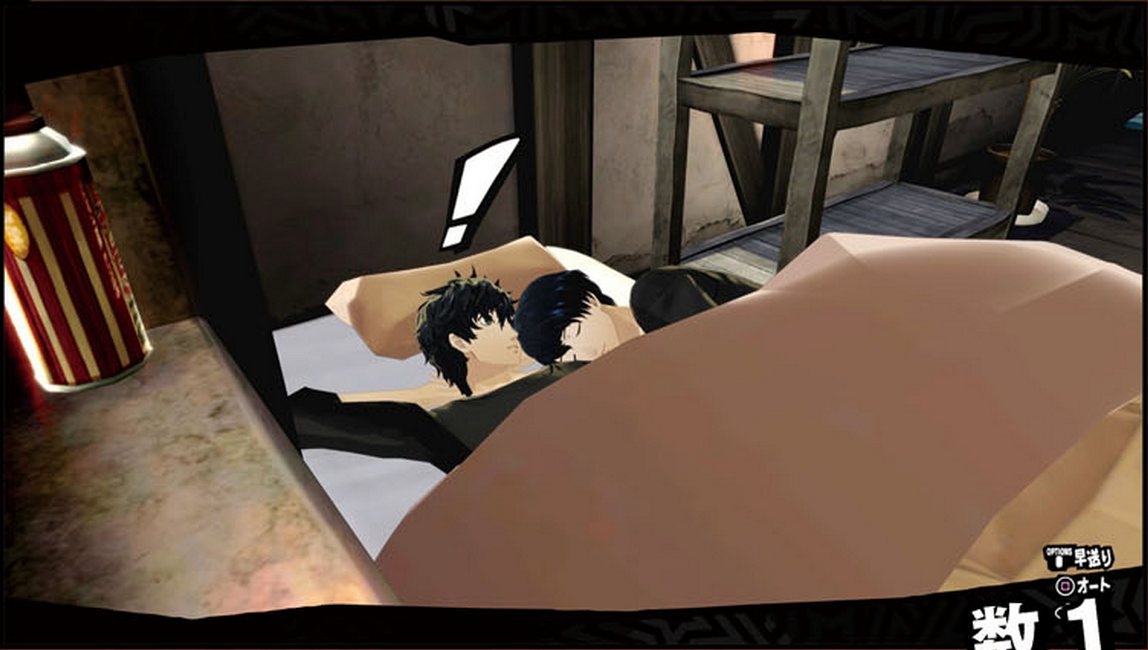 Oh by the by, human Morgana gives me a case of the vapors hehe...

Hey! I just started playing Persona 5 Royal and its extremely fun. I'll circle back after completing the game and may need you to lend a ear for some other awesome games. Thanks for the review sir!

You are welcome! The Shin Megami series has plenty to offer much like the Final Fantasy series.

I hope they will make the older games more accessible with a downloadable catalogue on the newer PS5 but I won't get too hopeful.

Not sure what you mean about Kasumi's story being a redo of Futaba's. I felt like she had a very strong character arc and development...I guess they both have the theme of overcoming loss? Her growth was handled in a completely different way.

I played up through the arc when Yusuke joins, then took a FF7 Remake and The Last of Us 2 detour, but I'm back playing Royal. It took a little while to get back into it, but I'm re-addicted to it xD

I find myself noticing the background music more and enjoying it, which is likely the result of having played Persona 5: Dancing in Starlight.

Finally finished the game! First of all, it's too long. It's a 100 hour game to begin with, and they added another 15 hour arc at the end. However, I really enjoyed Kasumi and the new final boss, which I'd say is one of my favorite "villains" I've seen in a game in a long time!

I agree with @gundamu about Kasumi and Futaba not being anything alike. Aside from them both having a similar tragedy happen in their past, I don't see much else that's similar or re-done.

It's been months since the game has been out, so idk if spoiler warnings are necessary, but still...

Referring to only the good endings, I was not a fan of the ending in Royal. Gimme the original's ending by faaaaar. I realize they needed to wedge in Maruki, but they could have found a different way to implement him. Instead, in Royal the 100+ hours of bonding with your teammates is tossed in the gutter. In the original, they pick you up in the van, and Morgana fucks up the government car so they can't be chased... and you see the culmination of all the time spent getting to know your teammates intimately as you all spend the last day that you're all together on a road trip. Everyone gets to spend time together, knowing they're all going their separate ways afterwards.

In Royal, "Ren/MC" gets taxi'd to the train station, then your teammates show up in the van to literally just be like "Bye!" then they fucking drive off. That is NOT how a group of extremely close friends would act in the final moment of being together. I wish they'd at least have them get out of the van and give hugs and some tearful goodbyes.

My other complaint is THERE'S TOO MUCH GOD DAMN TEXT... FOR EVERYTHING... ALL THE TIME... ENDLESSLY.

Even though I did finish the original Persona 5 when it first came out, I played Persona 5 Royal and also got a Platinum trophy. The game was definitely well worth playing because all the extra added content made playing it much more enjoyable. I also did enjoy the fact that the game had more than 1 ending, and acquiring a platinum trophy was more doable this time around. For anyone who enjoyed the original Persona 5, Persona 5 Royal will definitely not disappoint, and I really hope that a new Persona game is in the making at this time. : )

Persona 5 Scramble is supposed to be out soon for the Switch in North America. That and the remake of Nocturne along with the release of Shin Megami Tensei 5.

@gabriel_true Any news on an official release date for Persona 5 Scramble? I haven't heard much about its release in North America. :/