Who is Your First Anime Crush?? 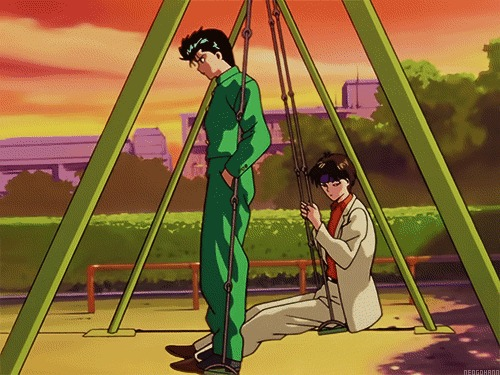 Yusuke is an awesome protag and I love his character archetype. Delinquents with a heart of gold. As cliche as they are, lets face it, their journies are always fun to follow.

@chocopyro yusuke was my first crush I did like his character if they make a remake...like they did with fruit basket and ophen i would re-watch it I watch the entire series twice. I couldn't wait to get home from school turn on toonami and watch yu yu hakusho....its a classic...and honestly I admit with the dark matches...i would have fighting music in the background...I love that anime.

@choicemoonbee Ah jeez, you brought up Fruits Basket. XD Totally love how they portrayed Tohru in the newer one, where she's just as broken as any of the Sohmas. She's kind of like Shiro from the Fate franchise. Seems like a typical run of the mill protagonist on the surface, but read between the lines, she just broke beautifully. Not necessarily healthily, but beautifully. The original anime didn't really capture that side of her as well. Definitely one of my favorite shoujo heroines.

But yeah, I watched Yu yu Hakusho back in the day too. Even rewatched it in its entirety like two years ago, since I never really caught all the episodes in order when it was on toonami. That, combined with Inuyasha, was definitely more of a gateway anime into the less mainstream stuff for me. One moment its Toonami/Adult Swim, next moment I'm watching Midori Days and School Rumble. 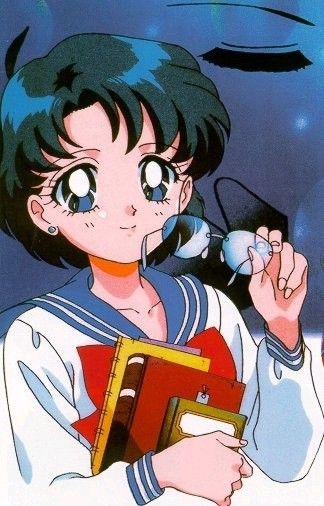 I like Ami from Sailor Moon as my first crush.
Not sure why.

Fuck I would probably go gay for Bulat. It would be a "take me senpai" moment.

right right..and yeah i had to finish yu yu hakusho online as well they didn't finish it on adult swim.Still hope they make a remake of it. Since many of the younger gens skip it cause it old school art style. But I love the art style.