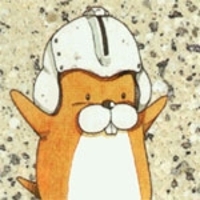 So i have a theory as for why Square Enix has been trolling fans multiple times with Final Fantasy VII.

See, when PS3 was launched, the tech demo was to test audience reaction and also remind people of the game. PS3 was already reserved for Final Fantasy XIII and its sequels and spin offs. But since console generations last roughly 5 years, it prevented them from making it's 15th anniversary even. So Versus XIII became XV on PS4. Durring the time since that infamous demo for ffvii hd, it has made the fans obsessed durring each conference constantly asking when it was coming out. The trolling wasnt revenge. It was to hold fans over and keep it fresh in their minds until a proper release. Here is why i think it will be on PS4 wihin the next 5 years.

the trailer for ffvii pc for PS4 was set up to make fans think it was an hd version before showing the actual footage. That wasnt that long ago. After so many ports and spin offs, why bother, right? Relevance. Come 2017, final fantasy vii will be celebrating its 20th anniversary. Final Fantasy XV is done and Kingdom Hearts 3 is being worked on by developers all over the world to help speed things along. With all that out of the way, by 2017 Square Enix will be wide open for FFVII. Even if they only announce it in 2017, they could push it for its 25th and fans would still wait and get excited thinking it was because of the fan demands that the game is being developed. Nay i say onto you, for they have been pulling your strings right from the beginning. They planned this. Im telling you, this may shock some people, but Final Fantasy VII will return in HD. Mark my words.

Living in the ghetto sucks major wind. Everyone hates me here. I need to move out and find my own place.

Not too much, aside from uni studies and paper/presentation writing~~~
What's up with you? :)

I completely agree with you mate. If people can't accept you for who you are then FUCK THOSE PEOPLE. I know i'm not going to pretend to be something i am not, just for the sake of being "accepted". It's nice to meet you by the way! My name's Eelis, but you can call me Ziq, Ryxx or Cuzzi (lol). Those are the names i go by on the internet.

I'm okay i guess, been better, but also been worse. Just feel a bit lonely. How about you?

Ja x'D Maybe you remembered one of them wrong ^^