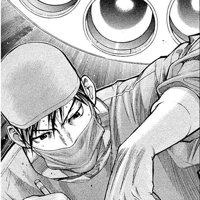 No complaints from me.

How's life been treating you?

Thanks for the add Doc.

Hi Hi! Sorry for getting you into a weird spot before.

I hope you are away studying and learning! Come back soon!

Thanks for showing me uptodate.com; had no idea that such a resource existed. And here I was thinking every physician had to a literature crawl on their own in order to stay current. But here, you have experts doing it for you: very nice. If this resource says that beta blockers are not prescribed after the first couple of lines of treatment fail, then I truly do concede that point and I admit my mistakes.

But really, the crux of my argument was just trying to help her realize that there are other options, and sometimes physicians need to be prompted to consider them. Take it as you want, whether I was demanding her, requesting, pleading, etc. Maybe my wording was off. But that was my intention.

And I get your frustration with people coming to the office, armed with their wikipedia knowledge and testimonies from John from down the block. Frustrating, but hey, its part of the practice. It costs money, it costs time, but it is a systematic problem due to the human condition. Anecdotal evidence trumps empirical evidence, right~? Keep fighting the good fight.

Thought I would be random and stop by on your page to say hi, so HI.

Awesome! Thanks for this! My study session starts now, and these will help me through it, haha.

Good night! I hope I wasn't responsible for that inability to reach your target goal! And yes, I'd appreciate more recommendations.

Good point regarding the ROMS and Emulators! I wonder if I can get lucky on eBay...not that I eBay, haha. I'd have better luck at garage sales...

Hahaha! My game and anime crushes are always the last people anyone would ever guess. I seem to have a thing for unpopular characters...maybe a part of me identifies with them. XP Like, my favorite character from Prince of Tennis is Taka-san (who is pretty much treated like an extra by the fandom...). My favorite Naruto character was Shino (even though I hate bugs), and from Bleach it was Hanatarou (who actually isn't *that* unpopular, but you get my drift).

I never played Evolution! I wonder if I can find a ROM of it somewhere...

I like to play Etrian Odyssey with characters as close to my novel characters as possible. It's quite fun. Makes me even more attached to them. And the music is really good! I like listening to their soundtracks when studying. I didn't know that he learned from such a famous composer though; explains a lot!!