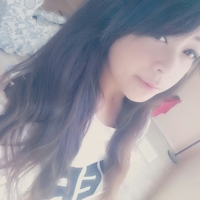 Born and raised in Hawaii on the island of Oahu. I recently moved to Vegas in Mid May of this year. Pretty homesick, but I do look forward to and am hoping to make more new friends here in the "Mainland" as we would call it XD

I'm an eccentric individual that can be hyper at times and can be really random/talkative. But despite my childish and geeky nature at heart, I'm mature when I need to be. I like going on adventures ;going to new places and trying new things. Friendship is important to me, and life is bland without good company(same goes for music as well!). I'm always there for people who need me or someone to talk to.
Not gonna lie, but i'm a sucker for romance and a great sense of humor~

There's more to me than meets the eye, so get to know me first before you judge.
-anime otaku and gamer-

Oh and for video games, I love RPGs
ofc my top favorite is the Legend of Zelda (LoZ) Franchise!
That's right, i'm a HUGE diehard Zelda fan LOL!
To the point where a good friend of mines from hawaii wanted to get me the master sword as a birthday/christmas gift but decided not to in fear i'll break into people's houses, break their pots for rupees and attack innocent bystanders thinking they're ganondorf in attempt to free hyrule from the clutches evil trololol

I also love Final Fantasy and Kingdom Hearts :3
FFX Is my ABSOLUTE favorite and most memorable FF game and I simply cannot wait for the HD remaster collectors edition release in March of next year *-* (My PS3 doesn't have the backwards compatibility like an earlier model ps3 does :c so I can't play my PS2 original version xD)

And no, if you're a league player, you can't convince me to play it. Not a fan of DOTA and my friends have already tried. So Goodluck! rofl
Favorite Anime