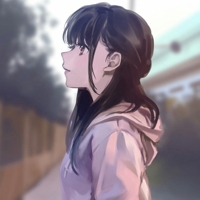 you big doggy is so cute i wanna hug him

Is that your favorite word

There will always be a spot for you here to come back to when you are ready. Go do you.

I meant chat with you soon, in general, not immediately, haha. I'm from the 90s, so social media is not my forte. I'm part of the gen that sidelined it for whatever reason that may be.

Listen, don't let a single person play with your self-esteem. It will burn you up, and take away your sleep. As for what you mentioned to me, which I will keep private, is a common example of what people say to downplay others. Appearance, religion, tastes, anything is a weapon for those people. Never place your worth in the eyes of others. Take it from someone who is 10 years older than you. I do not claim to know exactly what you are feeling, but I do know how it feels to have my self-esteem affected by others opinions. It will drive you crazy : to succeed, to be a certain weight, have certain tastes, choose certain careers. No matter what you do, I promise you something, you will never make those people happy. Here's what's actually cruel and almost comical about it: Anybody who says those things about you is projecting. Projecting is this : If person A calls person B a loser. A is projecting because he or she feels like a loser. Those people are projecting their insecurities on to you.

As for the second thing you mentioned to me, anybody who says those words to someone else is heartless. These are people who are one thing, in my experience. They are straight up filled with evil, either because they are insecure as heck or (even worse) get off on hurting others. No one should ever say something like that to anyone, and don't you ever dare to say it to someone else, no matter how low they are. Let Karma take care of their dumb butts. These are the unhappiest people in the planet and want to drag you down with them. Whatever you do, kick that crap out your life. Block them, speak the bare minimum to them, don't let them in. Protect your sanity.

What do you mean "everybody hates you". It's okay to be in pain, just don't forget to invest energy and time into getting better. If it's worth anything, leave on your own terms, not because anybody pushed you into doing it. Like playing the piano, play it if you want to, not because someone wants you to do it. Love yourself, hope to chat with you soon.

Haha, I like that last relatable post. Me personally, I have a small circle of friends, and we're all independent. We call or text to catch up, otherwise: 0 texts at all times, haha. 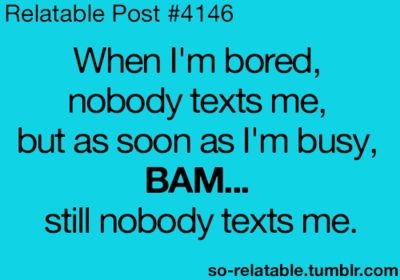 this is so me how about u 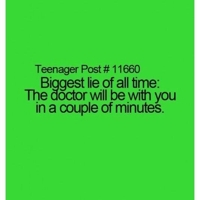 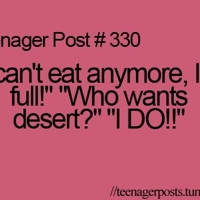 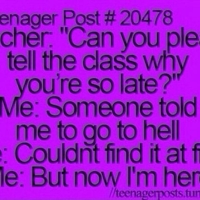 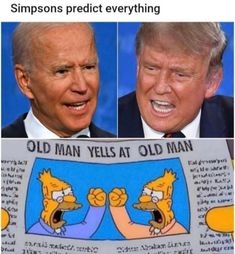