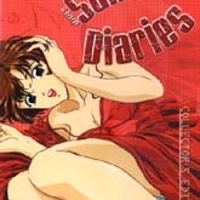 Based on the manga by U-Jin. The protagonist, Touma Inaba, is a high school graduate who is trying to get into the prestigious Keio University. When he goes to take the acceptance exams, he becomes attracted to a redheaded woman named Mieko Yotsuba. While Mieko makes it into Keio University, Touma does not. Instead of embarrassing himself by telling Mieko the truth, he lies and says he made it in. Now he has to attend cram school, pretend he is actually attending Keio, deal with the affections of his cousin Urara Kosuga, and decide between Mieko and Urara whom he loves more. 1997. Kitty Films. 12 episodes.