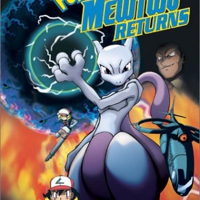 In this direct-to-video sequel to Pokémon: The First Movie, Ash, Misty, and Brock continue exploring the Johto region, then have to rescue Pikachu after Jessie and James of Team Rocket kidnap him. The search leads them to the hidden plateau where Mewtwo has established a haven for the cloned Pokémon from the previous film. The evil Giovanni is plotting to recapture Mewtwo and renew his efforts to create an army of bio-engineered Pokémon. Aided by the reluctant Meowth, Ash and his friends defeat Giovanni and his henchman.