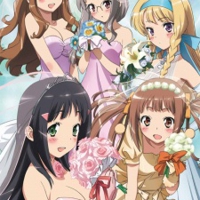 Abiding by his father’s will, Shougo was transferred into an academy where many young girls attend. It appears as though his younger sister (separated from him at birth) also attends this academy, and that she is trying to get closer to him without letting him know who she actually is. Problem is, Shougo seems to be popular with the other girls as well! Can Shougo “properly” reunite with his little sister and while making a girlfriend at the same time?!