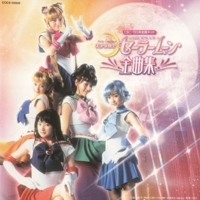 Pretty Guardian Sailor Moon, also referred to as PGSM. Stealing people’s energy and trying to take over the world, the evil organization known as the “Dark Kingdom” is running rampant across the globe. Caught in the middle of all this is 2nd year Juuban Middle School student Tsukino Usagi, who meets a stuffed cat doll, who turns into a senshi, named Luna, who in turn gives her the magical ability to transform into “Sailor Moon”, defender of love and justice! It turns out that this clumsy, crybaby has no choice but to stand up and fight against the Dark Kingdom.

Amazon
Anime Rating
8.8/10
811 users added this.
Similar in these categories.