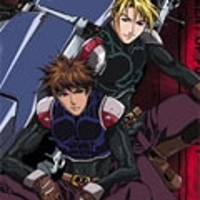 A sudden rise in VOodoo Organic Metal Extension Resources [VOOMER] incidents has put the A.D. Police in the hot seat.

Making matters worse, Kenji Sasaki – one of the A.D. Police’s most valuable and unconventional officers has had his share of bad luck. It seems his partners are either turning up dead or seriously injured.

Given a new partner, Hans Kleif, and one last chance to redeem himself by playing by the rules, Kenji needs to get to the bottom of this techno-mystery and keep the VOOMERS from turning Genom City into a high-tech wasteland.