The anime games "Tales of" series, anybody play?

How is zestiria any bit bad? Its actually really good. Maybe u didnt like how the creator said he ships sorrey with mikleo...

I've only played Berseria. Holy shit, I forgot how time consuming JRPGs were. I loved it though. I watched the Zestiria anime prior to playing it and it was cool to see all the connections and what not.

The story and world are bare. None of the characters have any purpose. Near the end you're finally given the slightest bit of connection to the primary villain of the game. Everything relevant is told through poorly done flashbacks of scenes that are hard to understand. The dialogue is witty at times, but that's all that it is. The voice acting is actually fine, but the script acts as if nothing in the world particularly matters. The penultimate solution is a literal plot device, which makes no sense in the world, is handed to you for nothing, isn't properly explained, and has no context, given to you buy a walking and talking plot hole. The combat is terrible, which is even more apparent after playing literally any 5 past games before it. That doesn't even reach Abyss! One of them is a NDS/Vita game!

The director had to apologize to consumers for giving you the best character in the game, at the beginning of the game, and the removing her from the plot entirely, only to be gated behind alternate story DLC. The DLC was given for free as an apology, but the main game wasn't fixed. The ability system, especially on the first play through, is completely luck driven, and actively encourages you to use weaker equipment in order to continue to make use of powerful abilities.

Sorey x Mikleo is fine, because the closest love interest the main character has is locked behind DLC.

The dungeons are uninspired. The towns are nicely designed, but barely anything interesting ever happens in them.

The graphics are good. Half of the character designs are good. The towns look nice. That's all I can really think of. I didn't even particularly have fun with Armatization.

The worst things about Berseria are carry overs from Zestiria, but thankfully they only seem to be minor things.

I haven't gotten through too much of it. Berseria improves A LOT over Zestira, but the sad reality is that overall it's still a step backwards from the Tales games before. Someone invested in the series might play Zestiria and move onto Berseria, and think "oh wow, Berseria is such a large step forward", but if they play any Tales game in between, they likely won't feel the same.

The characters are much better this time around. They all have a sense of purpose, something guiding them through the plot. For some, it's plainly visible, and for others it's tucked away, with only the slightest bit of motivation being hinted at the player. Though I don't know the fully story, so some that have less going on with them right now may not develop anything at all, but I suspect that they'll all remain relevant to the plot one way or another.

The towns are quite a bit more varied, and have more going on with them. However, they don't really feel like they fit in the world. Things in Berseria tend to feel "placed". It's not quite as bad as Zestiria however, quite a few places are much better and feel much more natural, but there's still the odd area here or there that feels unnaturally cut off from everything immediately surrounding it. To that end, some dungeons are incredibly relevant and thought out, and others feel almost as if they were generated (though I don't suspect they were), feeling like an obstacle course more than a dungeon.

The strongest improvement over Zestiria is by far the plot. Straight from the very beginning of the game, the plot gives you reason to keep moving forward, and it keeps giving you that motivation as you go on and on. You're never left questioning yourself why you're even moving about in the world. You always have larger overall objective, and are given the smaller plot objectives to carry you through. As basic as this sounds, it's something that Zestiria lacked heavily.

The skill system somewhat makes a return, but is scaled back heavily, and makes it much more friendly to the player, to keep getting stronger gear and utilizing it. Rather than encouraging you to stick with weaker gear as Zestiria did, Berseria actively encourages you to equip every single piece of gear, so that you can learn abilities from each one. It's still annoying to a degree, but it taps in to the collective instinct of the player, who likely doesn't want to sell off their equipment anyways, if they don't need the money.

Combat isn't a complete improvement, and it's more clear as to why when you play past Tales games. They correct many of the large steps backwards that Zetiria took, which is an overall plus, and they don't lock you to any specific characters as Zestiria did, giving you much more freedom to customize and play how you like. That said, it certainly feels as if the enemy AI is unfairly more intelligent than your party AI, as your party heads into danger completely intending to die. This is much more noticeable if you play any of the casters, where your party has absolutely no intention of helping you. The combat system overall is somewhat convoluted, and unfriendly to the player in a way. The 4 button skill system seems designed to try to give the player more freedom, but the limitations of the system are painful at times. It would be much better if each first button press led to its own branch, rather than being able to activate any of the skills you've set based on the combo step you're on. Rather than games of the past, where you could use any skill you had set at any moment, you're forced to use 1 of 4 set skills, and then another 1 of 4, and so on.

The special skill system is kind of a mess. It's closer to Xillia's where each character has their own special skill, but it feels as if they didn't pull it off very well here. Some characters feel cheap and broken, and others feel as if no attention was put into them.

Good info!
Ya know these games are great, but boy they are phenominal playing through with 1-3 friends with you

The series overal is mostly high quality and underrated. Used to be my favorite jrpg series but Zesteria did kind if sour that a bit. I like Beseria but some of the gameplay elements don't sit well with me. 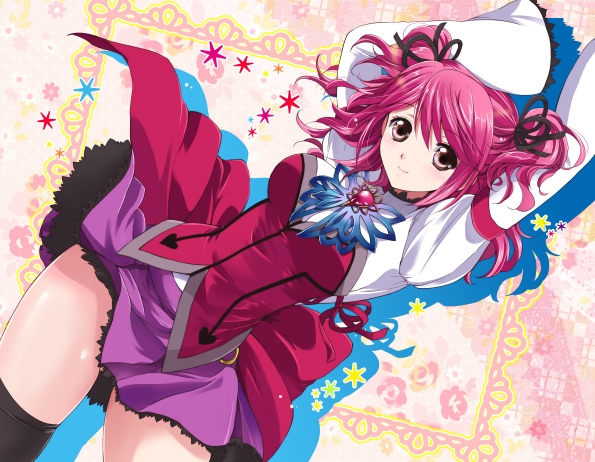