Anonymous Confessions (Original thread) will be continued here as the Confessions Anonymous dD~
I appreciate Ed and Ghost's initiative in resurrecting and maintaining the thread, thankyou ^^

Its simple... click the link in this post and confess whatever u want to, just see to it that u don't reveal ur name or contact id (even if u do I will edit those out to keep it anonymous)
ITS TOTALLY ANONYMOUS SO YEAH VOMIT YOUR HEART OUT >.>
Do know that your confessions were and still will be fed to developing a psycho AI @_@
Also I will be including them in my book that I will publish unless opposed by the community~
I won't be very active here; started this thread again as per the kawaiii Shaman san's request, so she will be handling the confessions :V

Write your sweetest to darkest confessions there ^^
.
.
. 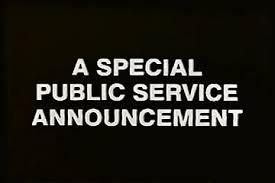 ***extreme toxic comments which literally call people shit and say them to fuckoff thus showing hatred will be ignored untill stated otherwise by the users; I do aproove extreme hate comments against me... I will take it lightly. Also I might mess with your confessions if u send them even after this warning ^_<***
NEW RULE: If you want your name excluded from the confessions, do say so!! Those confessions will be excluded ^^
Peops okay with insulting confessions against them:- Me, Archer, Gangstababy
.
.
.
-----PINNED CONFESSIONS-----

Now the catchphrase takes on a whooole new meaning >:3333 xD

Release the hate chained within your mortal vessels~

Not as psycho as me. UwU