Vash even was kind enough to share his doughnuts!

Guess who I ran into on my WALK! Sadly Walter was KIA...

Which it was a good thing I ran into Alucard to deal with this real Predator that kept harassing me during the event lol!

I also ran into another Alucard who brought reinforcements!

Good to see Tifa as well!

Some randos! Who was that mysterious fluffy scarf dude? 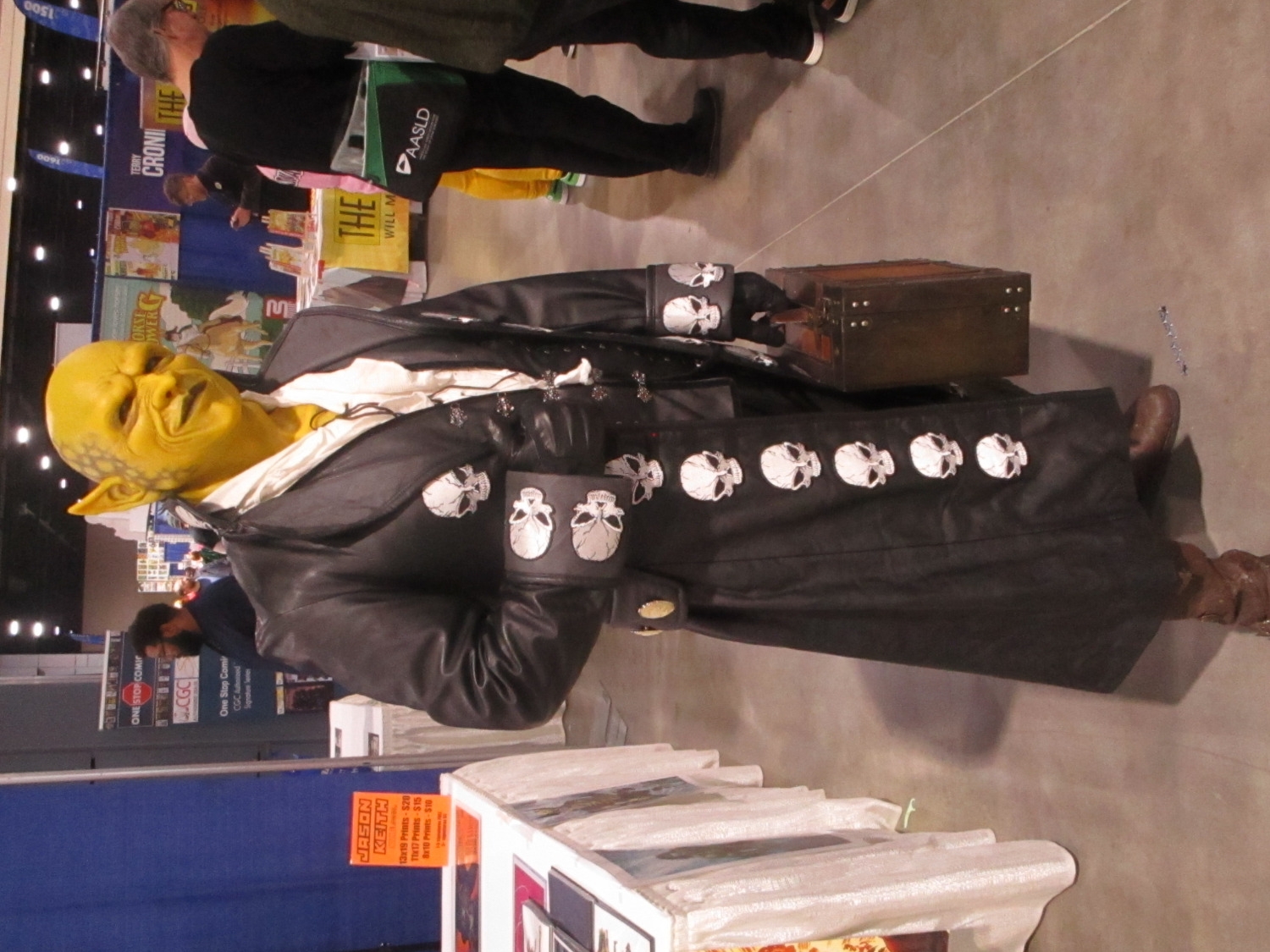 Speaking of Random! Guess who...

cause I had no idea who this was or what they were on about, but I like their style!

I still need to go to a large con. I've so far been to two cons, one that was held by a local community college (which I missed all of it except for a taiyaki stand because of school) and the other was held by a local mall which was a bit cooler, but unfortunately I didn't see all that many cosplayers and the few who were there I saw about five of them (two of them being a couple) who were wearing some pretty cool costumes, three of them staying in character and the other two talking about having to manually make the costume, one of them being a completely original character. I have been wanting to go to SakuraCon in Seattle, but I have no idea if the tickets for this year were purchased and I forget when it starts this year if they were.