The Common Argument: Dub vs Sub

A lot of people have heard of this, and I want to say. I like both. I mean, with the dub, it does allow me to focus more on the scene, and rarely I have to rewind a scene to see/hear what a character says. However, with the sub version, it is less likely to have something loss in translation. I do see both sides. So, I can go with either. Anyone else? 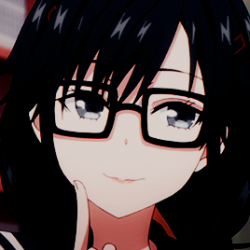 I like subs for the most part since Japanese voice actors sound really professional and not a lot of dubs sound great but some sound really good. Personally just a preference but I'm such a weeb I cant stand dub anymore. Old habits die hard!

I like both, but I like subs because it means I can watch an anime sooner than waiting on a dub.

I prefer subs/Japanese audio (to no one's surprise probably), though yeah there are some subtitles that are generally really crappy or just try to be too rigid and go completely 1:1 when it comes to Japanese to English translation. Japanese is a language that really doesn't translate well at all to English all the time, so some liberties do need to be taken to make things sound natural. I've also seen occasions on crunchyroll and stuff where subs were just straight up wrong lol

That's why a lot of dubs just don't sound right most of the time, just bland scripts and direction for the voice actors since you do have some amazing dub's like Persona 4's dub, Cowboy Bebop, etc. It's just that not every anime can get the same level of localization as those series received.

Though more importantly, voice acting is just held to higher standards in Japan. A lot of the serious talent has always stuck around and continued to to take roles for anime, and there's always up and coming generations of seiyuu that are just as talented, if not even more talented than the previous generation. There's been some talent when it came to dub voice actors too but a lot of the heavy hitters basically ended up getting snatched up by hollywood and never looked back lmao. That being said though, not saying bad voice acting doesn't exist at all when it comes to subs, it's really rare but it's definitely there. :u

Both, depending on the show. Some shows are better subbed like One Punch Man and JoJo's, while others are better Dubbed like Naruto, Dragon Ball, and Fullmetal Alchemist Brotherhood. Many I could go either way like Attack on Titan or Tokyo Ghoul but all in all it's a case by case basis.
It also just depends on my time/mood because I can multitask while watching a dub but not while watching a sub.

The facts for english speakers:

1. You cannot tell what is good or bad voice acting in Japanese if you don't understand it. You can say that you like the sound of Japanese voices better, that is fine.
2. The quality of Dubs has improved exponentially this last decade and the voice acting has improved as the market has become more competitive.
3. A lot of dubs still suffer from nepotism lasting from the late 90s and early 2000s as older voice actors dominate the industry and keep new roles out of the hands of upcoming talent that might suit characters better. Lets just say I'm pissed Kimberly Grant is STILL voicing Momiji even though its obvious she can't do boy voices, but she gets to keep doing it because she's locked in by her funimation friends.

I like subs because the Japanese voice actors sound better to me.