there was a little too much cgi imo, and from what i remember jjk had 0 pure cgi, where as denji was full on dgi for a few frame, so I'm a bit worried on that front.

so hot. i wish we got more of her. 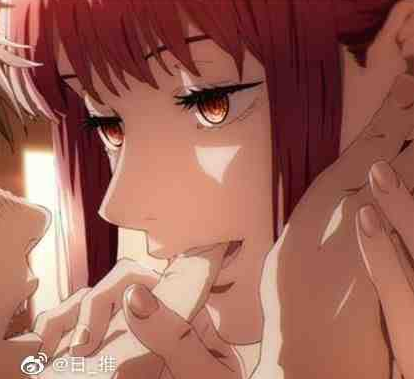 @momoichi see im ok with CGI as long as it isnt like attack on titan and the scouts. That shit was horrible, even worse example is "so what if im a spider" the CGI was horrid. I rather them show me a slide show presentation than CGI like that.

We will see how this anime does with mappa working on it. So far it looks on par with ufotable animation which imo has been dominating the scene for years.

well yeah millepensee is notorious for their cgi, but i understand their struggle because no one would watch season 2 unless they rushed and made kumoko into an arachne, so they get the waifuwatchers. and they clearly did not have the time to make a full season anime, but then they shouldn't have picked up the anime if they didn't have the resources.

i recommend reading the ln or the manga or both. the manga has 0 humans and its amazing. the ln at least has good art when it shows it.

about oddtaxi, why did you think it was a bird xD? it showed cat food on the counter in every episode of his apartment so that heavily, heavily implied it was a cat, along with the cat in the op. it was a mystery the entire time, and i liked that odokawa wasn't even sure if what he saw was a cat.

what other plot holes do you think existed? because they absolutely covered everything

You can really tell who watched oddtaxi because they absolutely liked it and who was watching just to watch. Reminds me of rezero and theory crafting the fans do. I honestly never noticed the cat food and i dont watch the opening so yeah. Also i thought it was a bird cuz the hole in the window and he was like i dont want you to escape. How could a cat fit through a bullet hole?

As for the spider anime, the human part could honestly be cut out. That shit is boring af.

As much as i want that pad, i dont play on pc anymroe TwT back when i used to play league this probably would have been an instant buy.