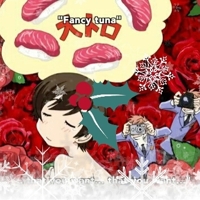 Been busy lately, just popping on to let people know if they have Crunchyroll premium to make sure their bank accounts have enough money for accidental early/double billing. They billed us nearly a week early right before pay day causing a snow ball effect of fines from our bank sky rocketing to over 130 to 190 dollars. Luckily the bank had some pity since it was only a 6 dollar over charge so we had to borrow 150 bucks to deposit it immediately to get them to prevent it from going higher. Talked to people at CR but they refused to be timely about it making things infinitely worse. No warnings about be billed early, no remorse on their behalf, & my friend even canceled hers out of fear they'd mess up her auto pay (again! Happened to her first but she wasnt broke at the end of the month so she barely noticed).
It's like, if they had reversed it the first day the bank would have reversed the fees. But no, CR staff refused to be appropriate knowing it was a time sensitive matter & -their fault-.
Good luck if you have CrunchyRoll premium. Never have I ever experienced this nightmare & dont want any of you to either.

Bones do some great stuff. I've recently watched the first season of Noragami, one of their newer shows, and it's pretty good. It looks like Madhouse is cleaning up this year though with two of their anime shows (One Punch Man and Death Parade) being a lot of people's favourites of this year. Well, Daisuke Ono is a pretty famous voice actor who did Sebastian in Black Butler and Erwin in Attack on Titan. Daisuki is an animation streaming website.

Maybe if he keeps refining the ideas in his films like 5 centimetres then he'll surpass even those films. Pretty exciting to think about it. There is some exciting talent working in the anime industry-who knows whats next. Some say the golden years of anime are behind us but I don't know, there could be some surprises in store.

I haven't seen Mad Max either, lol. Trevor Noah is South African, yes. In his case his father was Swiss though so he learnt the German from his dad. The whole of South Africa is really proud of what Trevor Noah has accomplished.

I never knew thee was genetic testing kit where you could do it yoursel. I always thought one had to go to a clinic; it's news to me. I would have gone for the ps4 too. You can always learn about your heritage at another time. The Chinese dresses sound so interesting. Do you take them out for a spin on a night out on the town? ;)
A mystery worthy of a Victorian romance novel. So you may have some Chinese ancestors too.

Manglobe did Ergo Proxy, Samurai Flamenco, Deadman Wonderland, Michiko to Hatchin, Gangsta, The World God Only Knows, Hayate the Combat Butler. Those are some of their notable shows. As you can see, the list contains some pretty big shows.

I can't argue with that, albinos are great. I'm swarthy and I've got black hair so I'm pretty much the opposite but I can see the beauty in it. Maybe if we line up next to each other it will be like yin-yang sign, lol. Opposites forces and all that.

Aaaw, so cute. So you've got two bunnies. What is the black one called the one that absorbs light like a black hole. I've got a black-and-white cat. It's pretty moody, like cats generally are, hehe.

He is lucky to have an owner like you. You never gave up on him-shows great commitment and love on your part. We did, we fell down a Sushi sized bunny hole this time.

L watches from his cameras as the guy explains the situation

soup.com/view5/4755350/misa-y-light-o.gif
misa tells him its a misunderstanding and that they were skinny dipping with no water while doing yoga and twister at the same time

I have no idea what this anime is, but I already love it.

Neuro on Hulu is a pretty good Supernatural Mystery (yet goofy) anime. 25 eps of binge watching to look forward to over the holiday weekend. Totally recommend it to anyone who likes mysteries with a bit of light hearted humor tossed in here or there.

Black Lagoon is great, definitely one of my favourite anime. It's very gritty and violent but it has its lighter moments in some episodes too.

Yes, Shaft is definitely an...acquired taste. I like learning about the different studios and their histories. It's definitely an aspect that interests me. I've heard that Blood Plus is actually better than Blood C although I haven't watched either of those.

I've only watched 5 centimtres and The Place Promised in Our Early Days. Yes, 5 centimetres is definitely relaxing-it just sweeps along and without knowing it your rooting for the characters to find love. I could really empaphise with what the characters were going through. The ending is so sad and poignant too. It reminded me that not everything works out in the end like want it too. There are a lot of shared elements between his films. You can see a lot of The Place Promised in our Early Days in 5 centimetres. I don't think that's quite a good thing though. The animation and backgrounds are amazing. I still want to check out "The Garden of Words". The animation in that looks stunning.

No, I have never heard about that creepypasta. Germany had a couple of colonies in Africa but they lost them all after World War I. German is still being spoken in Namibia though-it's where the new Mad Max movie was filmed. You and me both. My family tree is also varied like that. I would love to take the genetic test where they determine your genetic inheritance. I would think it would unearth some surprises, lol.

Some people hated Samurai Flamenco and others loved it. Alas, there won't be a sequel. The studio that made that made it, Manglobe, shut down this year of course.

I've watched Death Parade and it is amazing! I still can't figure how they fit so much into just 12 episodes. Good to hear you love albino characters. Some are prejudiced against them because they consider them to be bad luck etc. I don't know how your skin pigmentation can determine something like luck though.

Even rabbits need somewhere to stay, you know.

I know the feeling. The English and Japanese titles can be a little confusing at times. Is the GIF from "My Bride is a Mermaid"?

Corpse Princess looks cool. The promotional artwork kind of reminds me of Black Lagoon strangely enough. Thanks, I'll remember that recommendation ;0
Moon Phase and Dance in the Vampire Bund were both shows from the same studio, Shaft, so I guess it makes sense that they are quite similar.

What did you think of "5 centimtres per second"? It's pretty sappy but Ilike those kind of stories when I'm in the mood for it.

Italy is so funny, lol. Cool, you have German heritage. You probably picked up some German from your grandmother then. My grandfather speaks German because he actually came from Namibia, which was a German colony in Africa.

Paprika is probably better anyway. Anime=Awesome. It's just so sad that Satoshi Kon can't make any more movies.
One Punch Man is so popular. They held a poll on the website Animenewsnetwork on which was the best anime of 2015 and One Punch Man won by an overwhelming margin. Death Parade was second. It's really taken the world by storm, probably because it subverts many of the traditional tropes and conventions.

L and light were both fed up with misa's blackmail so they devised a plan
http://www.polyvore.com/cgi/img-thing?.out=jpg
they would both fake their deaths by writing eachothers name in a fake death note and pretend its the real one

then act like they are dying from a heart attack